Nicole Barnes is the proud wife of MLB star, Austin Barnes -a catcher currently playing for the Los Angeles Dodgers.

Nicole’s MLB hubby is currently in his fifth season with the Dodgers. Austin Scott Barnes was born December 28, 1989; the California native is linked to MLB through his uncle, former Major Leaguer, Mike Gallego.

Barnes is a graduate of Riverside Poly High School (CA), where he earned four varsity letters in baseball and was a team captain in his senior season.
He played collegiate baseball at Arizona State University; where he earned First-Team All-Pac-10 honors following his junior season (2011), as well as garnering Honorable Mention All-Pac-10 honors after sophomore campaign.

He was drafted by the Florida Marlins in the 2011 MLB Draft. During his time in minor league he played for the Jamestown Jammers, Greensboro Grasshoppers, Jupiter Hammerheads and Jacksonville Suns.
He was then traded to the Dodgers in late 2014, making his MLB debut as the starting catcher for the team on May 2015.

Off the field, the 30-year-old is happily married to Nicole Barnes. Want to know more about her? Check out her top facts below.

Nicole Barnes was born Nicole Breanna Rappaport on October 17, 1990, in California. She is one of two children born to Mrs. Shelli Rappaport formerly Schuster; and Robert Rappaport. Nicole has one younger brother, Taylor Rappaport.
She is a graduate from Riverside’s Martin Luther King High School.

Nicole attended California Baptist University from 2008 until 2012. She holds a Bachelor of Science (B.S). Kinesiology and Exercise Science.

3. She does her own thing 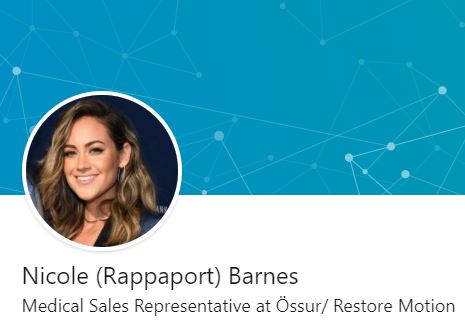 Nicole isn’t your typical MLB wag, the lovely gal keeps busy in her own work. According to her LinkedIn, she is a Medical Sales Representative at Restore Motion an Ossur Distributor; in Orange County, California where she has worked since 2016.
She began her career working for United Spirit Association -where she served as Instructor for High School and College Cheer Camps, performed routines and team-building workshops; and led medical staff for camps as an EMT.
She later worked for over a year at OrthoXpress a Team Post Op Company -where she served as patient service representative and was responsible for the Inland Empire Region and reporting out to Manager on a daily basis. From 2013 until 2016 she was a Medical Sales Associate at DJO and was responsible for conducting on-site in services to medical staff to consult, ensure customer satisfaction, and build sales. 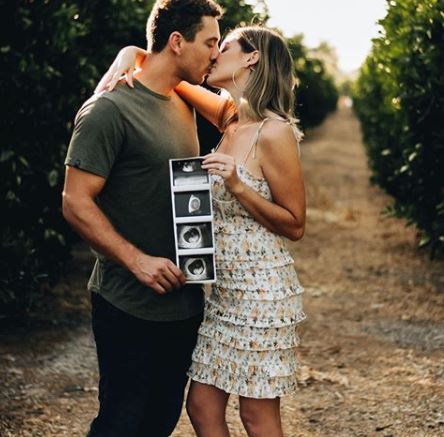 Nicole and Austin met each other through a mutual friend. The two hit it off, began dating and the rest is history. Austin popped the question in 2017 and the two became husband and wife on January 20, 2018.

She is currently pregnant and expecting the couple’s first child together. Austin shared the happy news on his IG last August, and captioned the image with the couple holding an ultrasound photo

excited to start our family!

The MLB spouse is active on Instagram and has a decent following of over 1k, sadly she is also mindful of her personal life so she keeps her content private. However, her famous professional athlete husband shares tons of images of the couple together, hanging out and living their best life.