Monique’s husband was a 4-time All-Star and pitched the only no-hitter of his career on May 14, 1996 against the Seattle Mariners. He spent one dominant year in the minor leagues before moving up to the major leagues with the Mets in 1984.

The retired pitcher, best known as “Doc,” helped lead the New York Mets to a World Series Championship in 1986, then won two more World Series with the New York Yankees in 1996 and 2000. The 1985 Cy Young Award winner went 194-112 with a 3.51 ERA across his 16 seasons with Major League Baseball. He last appeared on the mound for the Yankees — with whom he threw his only no-hitter in 1996 — before retiring in 2001.
Gooden’s storied career has been stained by the athlete’s lengthy public battle with cocaine addiction and with a long rap sheet that most recently includes being busted last month in New Jersey for possession of cocaine and driving under the influence. He was charged with third-degree possession of a controlled dangerous substance, as well as possession of drug paraphernalia and being under the influence at the time.

Gooden was sent to rehab after testing positive for cocaine in 1987, months after the Mets won the World Series. In 1995, he was suspended for the entire season for failing yet another drug test.
He then spent 8-months in jail for violating probation when he showed up high on cocaine to a meeting with his probation officer in 2006.
He was arrested in Franklin Lakes, New Jersey, after crashing his car while under the influence of drugs in 2010. In 2016, he told media he had been sober for four years.

However…….once an addict always an addict, right? No, wrong, but in this case….yes. Dwight was again sentenced for cocaine-related crimes in 2019 according to this report from app.com 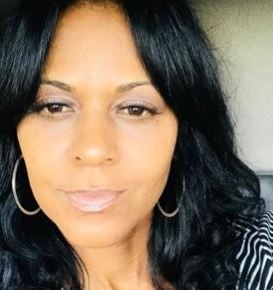 Monique Moore who goes by Monique Gooden is a former flight attendant and his second wife and the mother of two of his children, son Dylan and daughter, Milan. Gooden had four children with his wife Monica Harris.

Monique who has been married to Gooden since 2009, describes herself as an ‘artist / educator /woman of GOD’ on Twitter. Monique Moore and Gooden have had a rocky relationship, in 2005 when at the time she was his his live-in girlfriend, he was charged with a misdemeanor domestic battery charge after punching her in the face.
In 2010, Monique said she and Wooden were not living together and that he had abandoned the family. She told the Post she had to move to Maryland to stay with her parents.

Looking for more news on the Hottest Major League Baseball Wives and Girlfriends? Read on in our roundup here