You are here: Home / MLB / Who is MLB Felipe Vazquez’s Wife/Girlfriend?

In this Article hide
Let’s take a quick tour with Felipe
Who is Felipe’s Half-Sister, Prescilla Vazquez?

Felipe Vazquez, is a Venezuelan MLB player currently under contract with the Pittsburgh Pirates. He is considered one of the best pitchers in baseball.

In 2017, the 28-year-old pitcher was making headlines and not for his playing but rather for disturbing accusations that could potentially tarnish any romantic relationship he is in. According to gossip site TMZ, Vazquez was arrested in Pennsylvania on charges including solicitation of a 13-year-old girl.

According to reports, Vazquez was having a relationship with a minor for a while, officials say he sent the girl text messages suggesting they would meet after the MLB season ended. Vasquez was arrested on 1 count of “computer *********** – solicitation of a child” and 1 count of “providing obscene material to minors.”

On May 20, 2021, Felipe Vazquez was convicted of 20 counts associated with the minor. (Reference Wikipedia )

Born Felipe Javier Rivero, on July 5, 1991; the closer first signed with the Tampa Bay Rays back in 2008. He also played in the minor leagues for the Syracuse Chiefs. He made his major league debut with the Washington Nationals in 2015. He played with the Nationals until he was traded to the Pittsburgh Pirates in 2016.
The closer is a 2-time All-Star who was having a great season for the Pirates in 2019. He currently has a 1.65 E.R.A., 28 saves and 90 strikeouts. He signed a 4-year, $22.5 million contract in 2018. 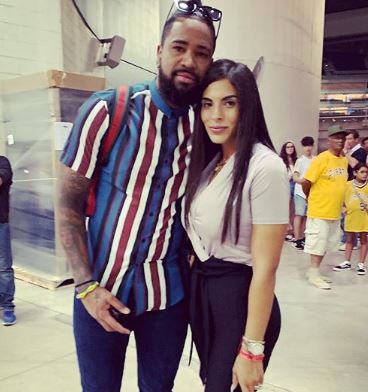 Who is Felipe’s Half-Sister, Prescilla Vazquez?

Though he appears to be currently single, he is close to half-sister, Prescilla Vazquez who also acts as his agent. The MLB player even changed his last name to match hers as it was reported last year.
Prescilla Vazquez has quite the presence on social media. The stunning brunette has over 180k on Instagram. She is an Agent at Magnus Sports and also a realtor at Christie’s International Real Estate.

In addition, Prescilla appears to be a single mother and often shares images along her famous brother. The siblings hit the red carpet for this years MLB All Star game and even brought Prescilla’s adorable little girl.