Jessica Cox is the proud wife of MLB star, Mike Trout –a center fielder for the Los Angeles Angels.

Jessica’s husband is often dubbed one of the most phenomenal players in the MLB. He is known for his fielding prowess and versatility at the plate.

Recent reports indicate he is ready to sign a contract extension with the Los Angeles Angels that will pay him $430 million over the next 12-years.

Born Michael Nelson Trout on August 7, 1991; the New Jersey native followed into his father’s footsteps. His dad, Jeff, was drafted by the Twins in 1983, however after four seasons in the minors he was forced to retire due to a knee injury.

Mike was a first-round pick by the Angels in the 2009 MLB draft. As a rookie in 2012, he led the AL in runs scored and stolen bases and received the AL Rookie of the Year Award. The outfielder earned the American League MVP award in both 2014 and 2016 as a member of the Los Angeles Angels. 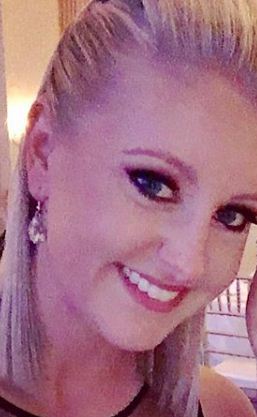 The seven-time all-star and two-time MVP, player has been married to stunning wife, Jessica for the last two years.

Jessica Tara Cox met her future husband while in high school. The two dated for many years prior to their 2017 nuptials. Mike had popped the question a year before.

Jessica Cox was born on October 5, 1989, in Millville, New Jersey.Her brother, Aaron Cox –who played in the minors for the Angels –was found dead in 2018. Jessica has another brother, Kyle Cox.

Jessica graduated from Millville Senior High School, and later attended Lebanon Valley College in Annville, Pennsylvania, where she earned a degree in elementary and special education.

The blonde who goes by Jessica Trout on social media, works as an elementary school teacher at Dennis Township School Board in New Jersey. She also participates in Angels charity events.