Who Is The Amazing Woman That Hit Michael’s Heart out of the Ballpark?

Melissa Brantley is the proud wife of MLB player, Michael Brantley, the left-handed outfielder who currently plays with the Houston Astros.

Melissa’s All-Star hubby was born May 15, 1987; the Bellevue, WA.; native is the son of former MLB player and hitting coach Mickey Brantley.

Michael attended Ft. Pierce Central High School. He was drafted by the Milwaukee Brewers in 2005. After four seasons in the Brewers minor league system, was acquired by Cleveland. Brantley made his MLB debut in 2009 for the Cleveland Indians.

After 10 seasons with the Indians -where he was known as ‘Dr. Smooth’ -he signed a two-year, $32 million contract with the Astros in 2018. He is in the second year of a two-year contract signed with the Astros. Brantley, who now goes by Uncle Mike, will be eligible for free agency following the 2020 season.

Off the field, the 33-year-old is happily married to wife, Melissa Brantley; want to know more about her? Check out her top facts. 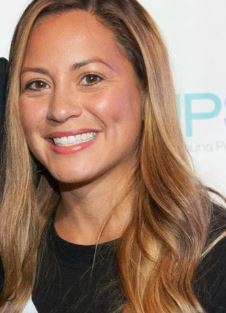 1. She is very private

Despite being married to a famous professional athlete, Melissa Brantley seems to be mindful of her private details. She is virtually unknown and seems to like it that way. It’s safe to say she has no problem with letting her man shine under the spotlight as she is clearly not into the luxury and glamorous lifestyle.

2. She is a supportive partner

Is clear Melissa Brantley enjoys leading a quiet life, that doesn’t mean however, that she won’t attend her man’s games. Melissa remains her hubby’s number one fan and supporter, she has been pictured at games and has also made public apparitions next to the MLB player.

It is assumed Melissa and Michael dated for years before getting married in a private ceremony.
Since their nuptials, the couple has welcomed three children together. Melissa Brantley first gave birth to their first child, daughter Mariah in 2013. She gave birth to a son, Michael III in 2015. Their last but not least bundle of joy arrived in 2017, Melissa gave birth to another boy whom the couple named, Maxwell.

4. She is not into social media

The MLB wag and mom of three doesn’t do social media, is fact, Melissa and Michael are not into sharing pictures or giving updates to their fans, is simply not their thing so none of them is active in any form of social platforms.

5. She is a housewife

While Michael does what he does best on the field, Melissa is the boss at home as she keeps busy caring for the couple’s three children.

His parents Mickey Brantley former hitting coach and Nina Brantley resided in Bellevue Washington at the time of Michael’s birth.

Michael’s latest reported earnings over $76 Million with the latest income signing a 2 year contract with the Astros for $32 Million.

Happily married to Melissa, Michael Brantley is a father of 3 and not surprisingly there is a Michael lll the 2nd child together with Mariah their 1st child and Maxwell their 3rd child.

The Brantley’s seem to shun social media as there appears to be no links to any.

Stay tuned to this site as we follow Michael’s fabulous career.

Michael Brantley who is #23- Left Fielder for Houston Astros is after spending some time off field and missing 12 games earlier in the season with an injured hamstring, is testing out his right knee after being placed on the injured list. Starting in left field as of Oct 4th 2021, Dusty Baker does not see him playing all nine innings and is likely Brantley will be replaced during the game by Yordan Alvarez .

Great Images of Michael and his lovely family: Wife, Kids, Dad and What a Catch!

Our friends at Baseball Daily have this great highlights video for Michael from July, 2021, check it out and subscribe to their Youtube channel for more.

Looking for more news on the MLB’s Hottest Wives and Girlfriends?