Melissa Baker is the longtime wife of former MLB player turned manager, Dusty Baker -who could become the next manager of the Houston Astros.

Melissa’s husband is considered the holy grail of managers, the former player and veteran MLB manager has led his teams to three division championships in the last five years in Cincinnati and Washington.
The 70-year-old is a three-time National League Manager of the Year with a record of guiding four teams to nine postseason berths, seven division titles and an NL pennant.

Born Johnnie Baker, Jr. on June 15, 1949; the California native had an illustrious career as an outfielder for the Atlanta Braves, Los Angeles Dodgers, San Francisco Giants, and Oakland A’s from 1968 to 1986, winning a World Series as a player with the Dodgers in 1981.
Since retiting he has spend over two decades managing for teams including, the San Francisco Giants, Chicago Cubs and the Cincinnati Reds. In 2007, he spent the season working for ESPN as a broadcaster and as a co-host of Baseball Tonight.
But behind every great man and success story, there is a supportive and loving woman. In Dusty’s case is definitely his wife, Melissa. 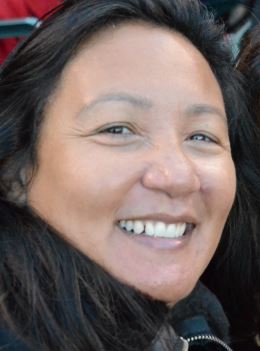 Melissa Baker was born February 21, 1961. She is a San Francisco, CA. native but her family is from the Ilocos Norte region of the Philippines.

She is actually Dusty’s second and current wife. He was previously married to first wife, Alice Lee Washington -with whom he fathered one child, daughter Natosha Lichon Baker who was born in 1979. Though is not clear exactly when or why, his first marriage ended in divorce.

Dusty and Melissa became husband and wife on November 27, 1994. Five years after their nuptials in February of 1999, she gave birth to the couple’s only child, a son named Darren -who has followed into his father’s footsteps in pursuing a baseball career. Melissa’s son committed to the California Golden Bears.