McKenzie’s MLB beau was born Walker Anthony Buehler on July 28, 1994; the Lexington, Kentucky native is the son of Karen and Tony Buehler.

Walker was picked by the Dodgers with the 24th overall selection in the 2015 MLB draft. He previously played at Vanderbilt University where he majored in political science with a minor in sociology & corporate strategy and was an SEC First-Year Academic Honor Roll selection as a freshman.

About the American Baseball Player

Let’s find out about Buehler’s salary, his age, his family, his love for horse racing, and all about his lady love here. Here’s what you need to know about him:

What is Walker Buehler’s Salary in 2021?

Want to know about the Walker Buehler Contract? He got a signing bonus when he signed a two-year contract with Los Angeles Dodgers.

How old is Walker Buehler?

Check out Buehler’s interview during 2020 Dodgers Fanfest below:

Who is Walker Buehler’s Sister?

Bella Walker is his sister.

Buehler’s nickname “Ferris” was on his jersey where he wore it for the MLB’s Players’ weekend 2018. But in 2019, he wore a jersey with another nickname “Buetane.”

About Buehler and his High School Girlfriend McKenzie

Buehler has received the love and support of McKenzie Marcinek throughout his career, the two have been dating for nearly a decade.

Back in 2015, she wished him a ‘happy six year anniversary’ so is safe to say this two met while attending high school. 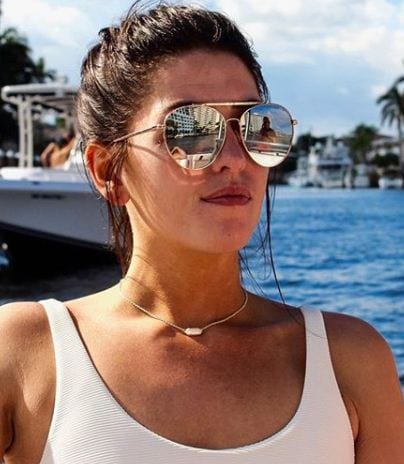 McKenzie also a Kentucky native was born on March 14, 1994, to Susan M. Jenkins and Paul Marcinek.

She attended the University of Kentucky from 2012 until 2016 graduating with a Bachelor of Arts in Education, Elementary Education, and Teaching. While attending University, McKenzie was active in other activities and was a Member of the Delta Zeta Sorority, participated in Dance Blue Marathon, and was on the Dean’s List.

According to her LinkedIn, Marcinek Marcinek has a strong background in customer service, technology, and management. She worked as a House Manager Intern at Ronald McDonald House Charities for two years and she was a Website Assistant Manager at Bluetique. Right now, she is working at Worlds Apart as a Website and Marketing Manager.

Marcinek is very active on social media, you can find her on Facebook here and on Instagram here –where she has a decent following of over 1k

Buehler’s fiancee is his long-term high school girlfriend who has been together through thick and thin for over a decade now. Also, the two purchased a home in Lexington, KY and they seem to have settled and living happily now.

Mckenzie loves her dog Nala and spends most of her time with her French Bulldog when she’s away from work and away from watching her fiance, Buehler’s match. There is no news about their wedding as of now but we’re eager to see them tie the knots soon. So, stay tuned as we will keep you updated about any new announcements.

The duo got engaged on March 24, 2020. You can check out her beautiful engagement ring below courtesy of her Instagram account

She posted a stunning photo of her ring on Instagram with a ring emoji and now we know for sure is that she is Walker Buehler’s future wife. We can’t wait to see them on their wedding day!

Did you know that Walker is a fan of horse racing? Well, it’s pretty obvious as he was born in the Horse Capital of the World. He also has his stakes in one of the minority in the 2020 Breeder’s Cup Classic and 2020 Kentucky Derby. You can find the baseball pitcher on Instagram here and follow him if you have not already. He has 314k followers and just about 176 posts. You get a glimpse of his matches and his career here.

That was all about the baseball pitcher. If you think we have missed out on something that you know about him, drop us a text in the comments! We would be glad to know more about the player.

If you’re a fan of Walker, go grab the official baseball signed by Buehler here. You will definitely love it!

And if you are interested to know about the Hottest Wives and Girlfriends of popular MLB players, we have got a whole set of articles just for you.