Mariana Vicente is the gorgeous wife of MLB player, Enrique Hernandez -the Los Angeles Dodgers second baseman whom you may know best as Kike Hernandez.

Mariana’s MLB husband is entering his final season of arbitration with the Dodgers. After signing a one-year, $5.9 million contract to avoid arbitration this past offseason.

Hernandez was born August 24, 1991; to parents Monica Gonzalez and Enrique Hernandez Sr. in Toa Baja, Puerto Rico.
He graduated from high school at the American Military Academy in Guaynabo, Puerto Rico. In 2009, he was drafted at in the 6th round of the MLB Draft by the Houston Astros.
Kike made his MLB debut in 2014 as a member of the Houston Astros. That same year, hit his first major league grand slam against the Washington Nationals.
Since then he’s played with the Miami Marlins, and most recently with the Los Angeles Dodgers after he was traded in 2015. He helped the Dodgers reach the World Series in 2017.

The utility player is happily married to wife, Mariana Vicente. Want to know more about her? Check out her top facts.

1. She hails from PR 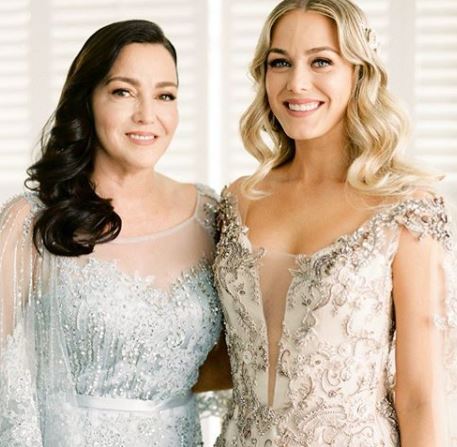 Like her famous husband, Mariana Vicente is originally from Puerto Rico. The stunner was born Mariana Paola Vicente Morales on January 8, 1989; in San Juan, Puerto Rico. The daughter of businessman father, Ramón Vicente and mom who works in public relations, Izayma Morales (pictured above). Mariana is the oldest of the couple’s four kids, her younger siblings are sister Claudia and brothers, Sebastian and Ramon.
She is older than her hubby by two-years.

2. She is famous in her own right 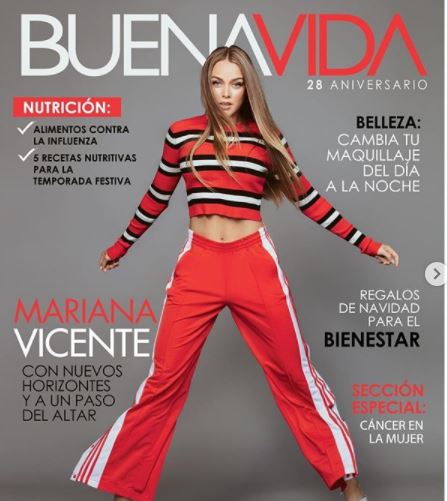 Mariana Vicente is a well known model and actress. In fact, she is a former beauty queen who was crowned Miss Universe Puerto Rico back in 2010 and made it to the top 10 at the Miss Universe Pageant held in Vegas that same year.
In addition to her career as a model, she’s appeared in a number of TV and film productions. According to her IMDb, her films include Hot Tub Time Machine 2, Speed Kills, 5 Weddings, etc.
Her small screen work include ‘The Bold and the Beautiful’ ‘American Horror Story’ ‘Scream Queens’ and ‘Ozark’
Furthermore, Mariana Vicente has appeared in music videos such as ‘Mi Religion’ by famous Puerto Rican reggaetón artist, Yandel.

3. Her work led her to meet her husband 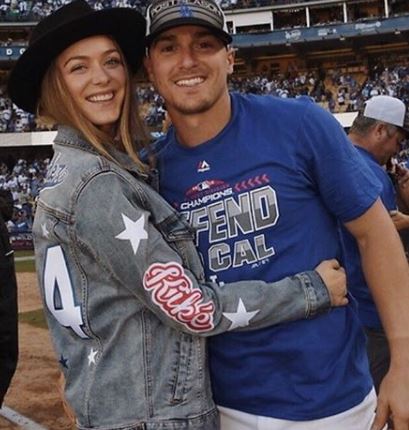 The couple met in 2015, after Kike himself reached out to Mariana through social media after seeing her performance in the film, Hot Tub Time Machine 2. The MLB player was surprised to learn she was a PR born actress that was living in LA just like him.
Kike congratulated for her work in the film and two months later they met for lunch for the first time. They began dating six months later and he popped the question in 2017 while the couple vacationed in Big Sur during a baseball break. 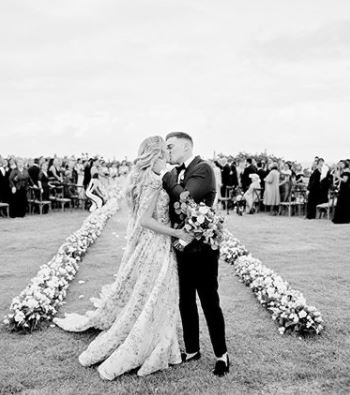 The couple became husband and wife back in 2018 with a ceremony in their native PR. They tied the knot at a historical Spanish fort, San Cristobal in a beautiful outdoor ceremony and ballroom reception in San Juan, Puerto Rico.
According to Inside Weddings, Mariana was a vision in an ethereal silk-organza gown in shades of champagne with delicate embroidery throughout the tulle bodice and skirt. She paired it with a matching cape in lieu of a traditional veil.
Several Dodger players present at their wedding, including current teammates Corey Seager, Austin Barnes, Chris Taylor, and Alex Wood, to name a few.

5. She is currently pregnant 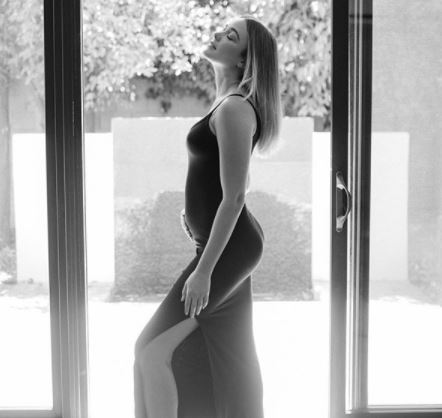 Mariana Vicente is currently pregnant with the couple’s first child, a baby daughter. Kike made the happy announcement last July in a hilarious IG post

I gotta tell ya, that switch flipped instantly as soon as I saw that stick! I’m so freaking pumped and excited to be a #GirlDad!!!