You are here: Home / MLB / Who is Marcus Stroman’s Girlfriend/ Wife?

Marcus Stroman, the MLB player was recently acquired  by the New York Mets, the 28-year-old pitcher played until recently for the Toronto Blue Jays.

Marcus Earl Stroman, a Long Island native was born May 1, 1991; as the son of Earl Stroman and Adlin Auffant. He has a brother named Jayden and a sister named Sabria. His cousin is former minor league player Erskine Kelley. Marcus is known as one of just a handful of pitchers under six feet tall to start at the major league level since 2000.

He graduated from Patchogue-Medford in 2009 and was a star for the Duke Blue Devils, setting a school record for career strikeouts. He graduated from Duke in 2016 with a bachelor’s degree in sociology.

He was drafted in the 18th round of the 2009 Major League Baseball draft by the Washington Nationals, but did not sign. Then in 2012, he was drafted by the Jays 22nd overall, and became the first Duke player ever selected in the first round -after being billed by analysts as the most major league ready player available. He made his major league debut with the Toronto Blue Jays in 2014. 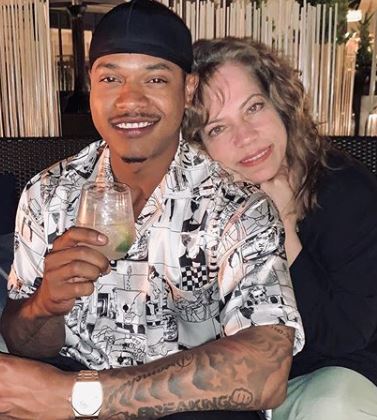 In six seasons with the Blue Jays, Stroman is 47-45 with a 3.76 ERA, plus a 4.40 ERA in five postseason starts. He posted a career-best 2.96 ERA and 3.52 FIP in 21 starts for the fourth-place Blue Jays.
The trade will serve as a homecoming for Stroman, the New Yorker couldn’t be more excited but the same can’t be said about his partner.
At 28, it seems he is yet to be married and in fact appears to be currently single. This trade could also mean a fresh start into his private life. He’s been pretty private about sharing on social media any intel about a romantic relationship.
Though he is active on Instagram -where he boasts over 500k followers -Marcus rarely posts about his private life and if he does it looks like the only woman in his life for now, is his mother (pictured above).