Mairin’s MLB hubby was born David Richard Freese on April 28, 1983; the Corpus Christi, Texas native made his MLB debut with the St. Louis Cardinals back in 2011. Since then, he’s also played with the Los Angeles Angels of Anaheim, Pittsburgh Pirates and currently with the Dodgers.

Prior to his career in MLB, David played ball at Lafayette High School in Wildwood –where he recorded a Lafayette-record .533 batting average and 23 home runs during his senior season. He turned down a scholarship to take a year off from baseball after high school and later returned to the sport while playing at the University of South Alabama.

The 35-year-old has been open about his struggles with depression and alcoholism and credits his wife, Mairin Freese in helping him get through it. 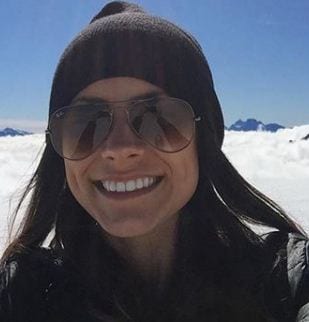 Mairin Freese was born Mairin O’Leary in 1990; the daughter of Mary Kathleen O’Leary and Patrick Ranney O’Leary. She has two siblings, Ian and Shannon.

She and David tied the knot in 2016 and since have welcomed one child together. Mairin Freese is the proud mother of a son, Kai Freese –born in 2017.

The brunette stunner holds a biology degree from Missouri, from where she is from. According to her blog, she originally intended to go for med school. However, the brunette with model looks, is a self-taught artist who focuses on painting oils.

Mrs. Freese usually keeps to herself and enjoys a low profile; the wife and mom of one however keeps an active Instagram page where she often posts about her family.