Madison’s MLB beau is a 2019 All-Star who is leading the Rays and ranking among the AL’s best with 14 homers, a .933 OPS, 106 total bases, 25 extra-base hits, and a 2.1 WAR. The second baseman/outfielder also leads the Rays with 36 RBIs.
He was voted to receive the Don Zimmer Most Valuable Player Award by the Tampa Bay members of the Baseball Writers’ Association of America.

Born Brandon Norman Lowe on July 6, 1994; the Virginia native played on the school’s baseball team while at Nansemond River High School.
He was a two-time All-American, two-time all-conference performer and ended his Maryland career with a remarkable .338 batting average, helping lead the Terps to back-to-back Super Regional appearances in 2014 and 2015. He was drafted by the Tampa Bay Rays in the third round of the 2015 draft.
In 2017 he was named the Florida State League MVP and made his MLB debut with the Rays in 2018. He signed a six-year contract extension entering the 2019 season.

Off the field, the 26-year-old is happily married to the lovely, Madison Lowe; want to know more about her? Check out her top facts below.

1. She hails from Oklahoma

Madison Lowe was born Madison Nicole Martin in Edmond, Okla; she is the daughter of Toby and Amie Martin and has one younger brother named, Jake.

2. She is a former student athlete 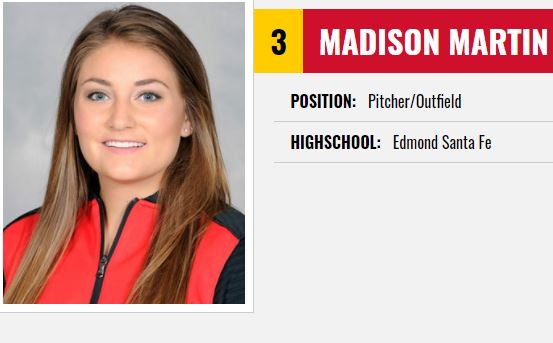 Madison is a former softball player. She attended Edmond Santa Fe high school -where she was a pitcher and outfielder.
At Maryland, she played softball from 2013-17, appearing in 141 games in the circle and in the outfield, ranking fifth all-time in program history with 128 pitching appearances and was named the Team MVP in 2017 with a 3.53 ERA.
She holds a Bachelor of Arts, Broadcast Journalism and a Master of Science; Business Supply Chain Management.

3. They are college sweethearts 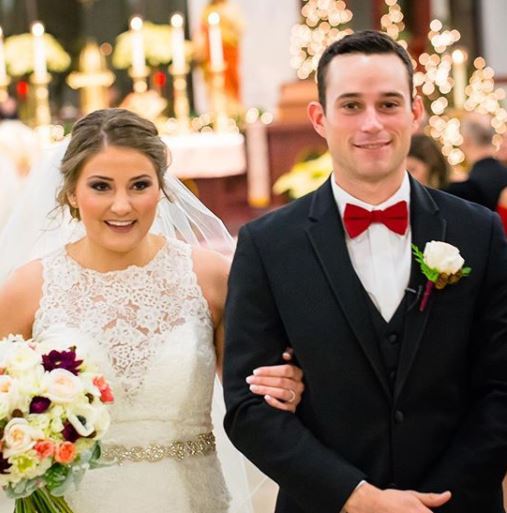 Brandon and the then-Madison Martin entered college at the University of Maryland in 2012-13. During an interview she revealed

“We always would sit by each other in study hall and started talking to each other,” said Madison. “From there we became really good friends, and it grew into a relationship during our third year at Maryland.”

They have now been married for three years and are currently settled down in Tampa with their dog Collie, a miniature bernedoodle, a mix of a Bernese mountain dog and poodle. 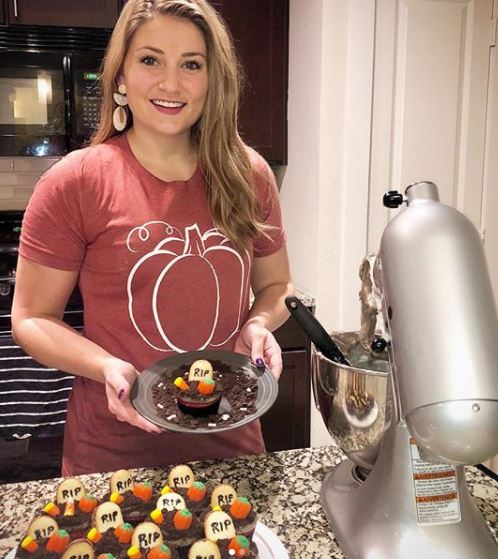 According to her LinkedIn, Madison previously worked at Mars as a Customer Supply Chain Representative from 2017 until 2019.

More recently, she began posting photos of her cookies and cakes on Instagram and other social media outlets and, soon enough, friends started placing orders from her new business, Sweet and Lowe Bakery. The 26-year-old Oklahoma native was self-taught in the kitchen, no coaching required.

5. They give back to the community 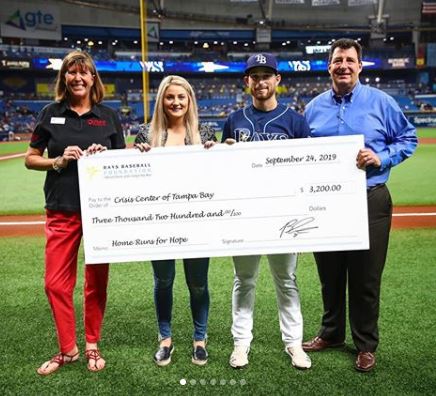 Brandon launched the “Home Runs for Hope” program in 2019; for each home run Brandon hits, he and Madison donate $100 to the Crisis Center of Tampa Bay, matched by the Rays Baseball Foundation. His 17 HR raised $3,400 last season. Mental health has heavily impacted his family and he wants to ensure no one feels helpless when dealing with mental health issues.