Lisa Martinez is the longtime wife of MLB manager husband, Dave Martinez -the current manager for the Washington Nationals.

Lisa’s husband is a former MLB outfielder who was drafted by the Cubs in the third round in January 1983 out of Valencia College.
He played for nine teams, including three and half years with the Montreal Expos. They became the Washington Nationals in 2005.
Martinez drove in a career-high 66 runs with Tampa Bay in 1999. He played in 1,918 career games, six more than Hall of Fame catcher Mike Piazza. Martinez finished with 1,599 hits, 11 more than Yankees Hall of Fame shortstop Phil Rizzuto.

With the Nationals reaching the World Series, this would make Dave’s third World Series, all as a coach or manager.
Longtime wife, Lisa, must be really proud of her hubby’s accomplishments. The two have been married for decades. Meet the lovely Lisa Martinez. 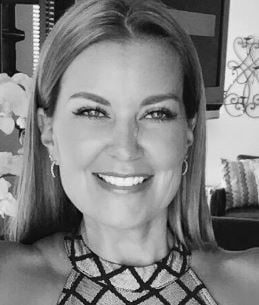 Lisa Ann Martinez was born on September 19, 1968. Lisa Martinez, who is originally from Chicago attended Hoffman Estates High School.
Since their nuptials she and Dave Martinez have welcomed four kids; daughter Angelica and sons, Dalton, Jagger, and Josh. Son, Jagger attended the University of Tampa, where he played for the school’s soccer team.

Is hard to believe this lovely MLB wag and mom of four, is also a grandmother to Everly Ann and Amora Grace. Though she’s most likey her husband’s biggest fan, she enjoys keeping a low profile. Like many wags, Lisa Martinez has raised the couple’s children while her husband did his thing.