Liliana Trianac is the lovely girlfriend of professional baseball player, Sandy Leon –currently a player for the Red Sox.

Liliana’s Boston Red Sox catcher beau was born March 13, 1989 in Maracaibo, Venezuela. He originally signed with the Nationals in 2007, and would make his professional debut with the Gulf Coast Nationals later in the year. He is well remembered after a collision with Chase Headley at home plate during his MLB debut.

He made his Major League debut in 2012 and played with the Nationals until 2014. He was traded to the Red Sox in March, 2015. He experienced a breakout season in 2016, taking over as the Boston Red Sox’s No. 1 catcher. He landed the No. 1 catching job in the majors after 612 minor league games over 10 seasons. He played a full season of Venezuelan winter ball games before the 2016 season.

The 29-year-old is happily married to Liliana Trianac, also a Venezuela native. 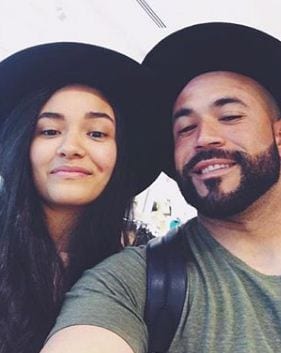 25-year-old Liliana Trianac who goes by Lily, is also the mother of the couple’s only child so far. She gave birth to a baby boy named Noah, in November 2017. She is currently expecting their second child.

Her man has several tattoos, among them the date the couple tied the knot –which happens to be Liliana’s only tattoo. While Leon has the date tattooed on his back, Liliana Trianac has it on her arm.

The MLB wag and mom of one is very private and keeps to herself, leaving all the spotlight to her man. The couple is thought to be very religious as Leon is known for retweeting bible verses and religious messages.