Larisa Braun is the lovely wife of MLB player, Ryan Braun –an all-star outfielder for the Milwaukee Brewers.

Larisa’s hubby was born November 17, 1983; the California native began playing tee-ball at age four while coached by his father Joe –who was born in Israel.

Ryan went onto play ball at University of Miami –where he was a two-time All-American; while his brother Steve played baseball at the University of Maryland.

The Brewers drafted Ryan in the first round in the 2005 MLB draft. The following year he became the team’s Minor League Player of the Year. Ryan who is known as ‘Hebrew Hammer’ or ‘Ocho’ has been happily married to wife Larisa Fraser since 2013.

Since then, the couple has welcomed two children together, Celine born in 2014 and Grayson; born in 2017.

Larisa Fraser is a former model who under contract with pulse management. During her modeling days, she was in the cover of GQ. The Canadian born who grew up in Utah, was also under contract with Elite Models. She attended Lone Peak High School and the University of Utah. 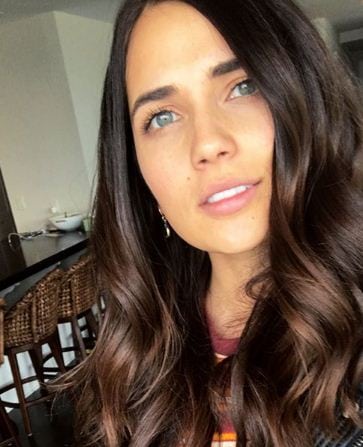 While working as a model she met Braun and the two eventually married.

After becoming an official MLB wag, Larisa spends her time keeping busy with her two little bundles of joy and being a supportive wife. In addition she is a holistic health coach and blogger. She keeps a website called Model Eats, where she shares amazing and healthy recipes. She’s also into yoga and stays fit going to the gym.

She also writes on her page, “I’m a mom, holistic health coach, and passionate health foodie. Here you’ll find the recipes to feel healthier, leaner, lighter, and happier. All recipes are gluten free and vegan/vegetarian but you won’t miss the gluten or the animal products, promise.”