Kristen Matheny is the longtime wife of former MLB player turned manager, Mike Matheny -who has been hired by the Kansas City Royals.

Kristen’s husband has been named the new manager of the Kansas City Royals, the 49-year-old is perhaps best known for taking the Cardinals to the World Series six years ago. The Cardinals then fired him in July 2018 as the team was headed toward a third straight season out of the playoffs.

Michael Scott Matheny, a Columbus, Ohio native attended University of Michigan on a scholarship and where he co-captained the Wolverines baseball team.
Matheny was then selected by the Brewers in the eighth round of the 1991 MLB draft. During his 13 seasons in MLB he played for the Milwaukee Brewers, Toronto Blue Jays, St. Louis Cardinals, and San Francisco Giants.
Matheny was a Gold Glove-winning catcher, and he succeeded Tony La Russa as Cardinals manager after St. Louis won the 2011 World Series. The Cardinals were 216-201 in his final two-plus campaigns — the Cardinals’ first in-season managerial change since Joe Torre was replaced by Mike Jorgensen in 1995. The Royals will be his second manager job. 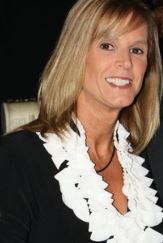 Mike Matheny has been happily married to the lovely Kristen Matheny for decades. The couple tied the knot in 1993 and since then have welcomed five kids together: Tate, Katie, Luke, Blaise and Jacob.

Kristen Matheny was born Kristin Nicole Shapier, she is a native of St. Louis, MO. Kristen attended St. Joseph’s Academy and later chose University of Michigan.
She met her husband as a student at University of Michigan where she was also a student/athlete. Kristen Matheny is a former field hockey player for the UM.
Rumor has it that Mike was convinced that staying at UM was the best choice since he had already spotted the pretty blonde in class, his future wife, Kristen.