Kristen Harabedian is the proud wife of professional baseball player, Trea Turner -the shortstop is currently a player with the Washington Nationals.

Kristen’s husband was born June 30th, 1993; the Dayton Beach, Florida native attended Park Vista Community High School in Lake Worth, Florida, where he played for his school’s baseball team.
Turner was lightly recruited by college programs, only receiving scholarship offers from NC State and Florida Atlantic University. Turner opted to attend NC State, to play college baseball for the NC State Wolfpack baseball team.
He won the Brooks Wallace Award as the best college baseball shortstop of the year in 2014.

In 2014 The San Diego Padres selected Turner in the first round, with the 13th overall selection. He signed on June 13, receiving a $2.9 million signing bonus. He made his professional debut three days later with the Eugene Emeralds of the Class A-Short Season Northwest League. The Padres assigned him to play for the Surprise Saguaros of the Arizona Fall League after the regular season.

He was traded to the Washington Nationals in 2015 and made his MLB debut there in August 2015. He played for the United States national team during the summer of 2013. 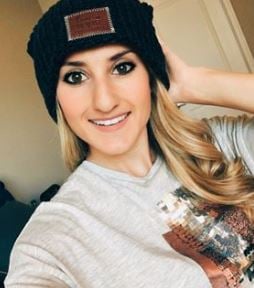 But 2018 was also a big year for the MLB player, he and wife Kristen tied the knot.

Kristen Harabedian met her future husban while attending North Carolina State University back in 2011. The college sweethearts were engaged in 2017 and tied the knot on November 10, 2018. The couple chose the historic St. Joseph’s Catholic Church for the ceremony and the National Museum of Women in the Arts for the reception.
Kristen Harabedian was born on May 1, 1992, in Flemington, New Jersey; her makers are John and Donna Homulak Harabedian. She has one brother, Zak.

Kristen Harabedian, attended at Hunterdon Central High School; in 2014 graduated with a B.S in Management from North Carolina State University, where she was also a student/athlete. The beautiful blonde was part of the University’s gymnastics team. She studied Business on a Full Athletic Scholarship. While in college, Kristen was also a camp counselor, but since graduation, she has been working as general Counsel business analyst for Credit Suisse.

On social media, she describes herself as a ‘Former NC State gymnast’ and writes ‘Collect beautiful moments’
Find the pretty MLB wag on Instagram here.