Kelsey Ellsbury is the proud MLB wife of center fielder, Jacoby Ellsbury -and who is currently a free agent.

Kelsey’s husband is being accused by the Yankees, that the player went behind their backs as money fight escalates. They say Ellsbury, who missed the entire 2017 and 2018 seasons due to multiple injuries, received medical treatment without the Yankees’ authorization for multiple years.

Born Jacoby McCabe Ellsbury on September 11, 1983; to Jim and Margie Ellsbury; the Madras, OR native played college baseball for three years at Oregon State University. He was then selected by the Red Sox as the 23rd overall pick in the 2005 draft.
He played five seasons in Boston’s minor league system before making his MLB debut with the team in 2007. 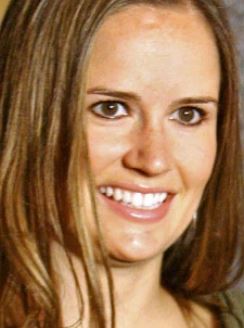 The MLB center fielder led the American League in stolen bases in both 2008 and 2009 while playing for the Boston Red Sox. He had an outstanding season in 2011, where he won the 2011 Gold Glove Award, Silver Slugger Award, and AL Comeback Player of the Year Award.
Ellsbury helped lead the Sox to a World Series Championship in 2013, then signed a 7-year, $153 million contract with the New York Yankees prior to the 2014 season.

The MLB player became a married man in 2012, he tied the knot to lovely wife, Kelsey Hawkins who now goes by Kelsey Ellsbury. Her father is the former president of the Pendleton Rodeo & Round-Up in Oregon.

They two were married six years after they began dating. They met in college at Oregon State.
Since their nuptials the two have welcomed three daughters, with their latest addition being born earlier this year.
The MLB wag has certinaly kept busy caring for the couple’s young children. She has also been very active with Red Sox charity functions.