Kellie Muncy is non other than the lovely wife of MLB player, Max Muncy -whom you may know best as a player with the Los Angeles Dodgers.

Kellie’s MLB hubby was born Maxwell Steven Muncy on August 25, 1990; the Watauga, TX; native played college baseball for the Baylor Bears. He was later drafted by the Oakland Athletics in the 5th round of the 2012 MLB Draft.

He spent the 2016 MLB season between the Nashville Sounds Triple-A club and Oakland Athletics. He signed a minor league contract with the team in 2017 prior to being called up to the major league roster in April 2018. The pro infielder joined the Dodgers in 2018.

Off the field, the 30-year-old is happily married to wife, Kellie Muncy. Want to know more about her? Check out her top facts below. 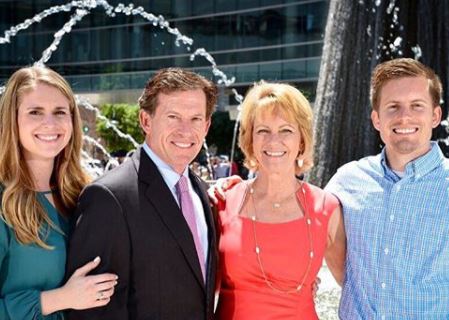 Like her man, Kellie also hails from Texas. Kellie Muncy was born Kellie Cline, to parents Dale and Beverly Cline, formerly Biggs. She was raised in in Southlake, Texas along with older brother, Kevin.
Kellie who graduated from Southlake Carroll High School, is also big on religion and writes on social media, ‘Christ Follower.’ She and her family attended First Baptist Church in Dallas.

Kellie attended Baylor University from 2009 until 2013. She holds a Bachelor of Science (BS), Fashion Merchandising. As a student she was a member of Kappa Alpha Theta and Baylor Apparel Professionals.

It was during this time, that Kellie met her hubby.

3. She is a former Associate Buyer

According to her LinkedIn, Kellie is an ‘Analytical and highly accomplished Associate Buyer with 4+ years’ track record in handling buying and procurement activities, with a special focus on accuracy, timeliness, and organization.’
During her college years she worked at both Hollister Co. And Abercrombie & Fitch as a Sales Associate and in the same capacity at Morrison’s Gifts until 2013.
She interned at Stanley Korshak a luxury shopping retailer in Dallas, Texas; for four months and was later named Assistant Buyer -Women’s Couture from 2013 until 2017. She also served as Associate Buyer -Women’s Shak Accessories for a year until 2018.

After she left she wrote on IG

This building represents 5 years of growing in myself, my career, and in my faith. What started out as a college internship, has led to irreplaceable memories and life long friendships. Through the good days and bad, learning that hard work and perseverance are some of the biggest keys to success. Here’s to new adventures, opportunities and the next chapter in life!

4. She is a ‘Professional Baseball Watcher’ 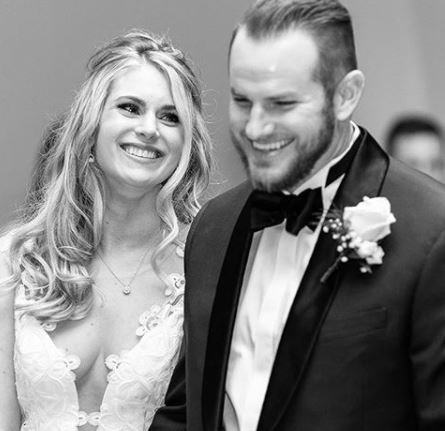 The blonde MLB wag, calls herself on social media a ‘Professional Baseball Watcher’ -which is pretty accurate and hilarious.
Kellie and Max became engaged back in November 2, 2017. They became husband and wife in McKinney, Texas on November 17, 2018.

5. She is a dog and cat mom and her ‘kids’ have their on social media 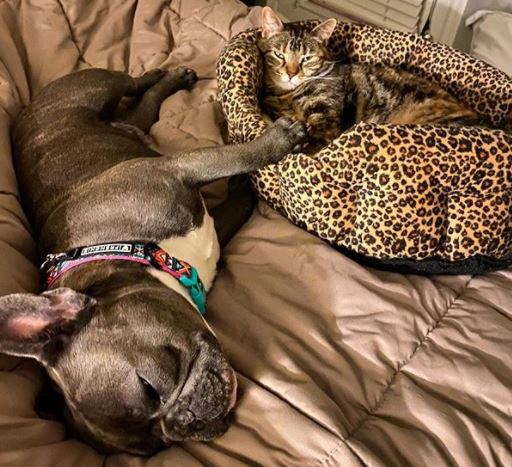 Kellie Muncy is a proud dog and cat owner. Her Frenchie, Jax and cat, Mia -have a joint Instagram account with the handle ‘thefrenchieandthefeline.’
Jax and Mia Muncy bounce between TX-AZ-CA. The IG bio for the two, reads ‘Fur babies to @maxmuncy and @kellie_muncy ?‍?‍?‍?’ ‘It’s a love/hate relationship ❤️’