Let’s Get to know AJ’s Wife

Kate Newall is the lovely wife of MLB star, Allen Lorenz Pollock -whom you may recognize best as AJ Pollock, the center currently playing for the Los Angeles Dodgers.

Kate’s husband was born December 5, 1987; the Connecticut native attended RHAM High School in Connecticut -where he was a three sport athlete playing basketball, soccer, and baseball.
He went onto play college baseball at the University of Notre Dame -where he was named an All-Big East First Team outfielder in 2008 and 2009 and All-Big East third baseman in 2007.

Off the field, the 33-year-old is happily married to pretty wife, Kate Newall; want to know more about her? Check out her top facts.

Kate Newall was born February 27, 1989; in Australia and was raised in England. She is the daughter of Graham and Vicki Newall. Kate has two brothers.

The Australian-born, British-raised attended St. Catherine’s High School in Middlesex, England. During her high school years she was a member of lacrosse, netball and tennis teams for four seasons. In addition she also participated in gymnastics and track.
She moved across the pond to attend college in the US.

2. She met her husband in college 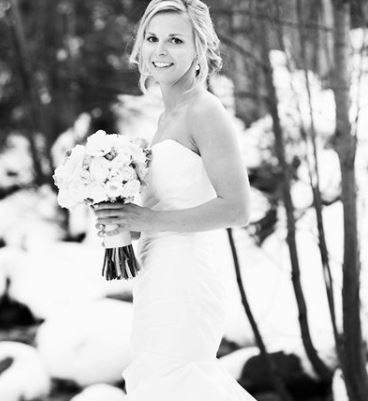 Kate who also attended Notre Dame, met her husband as a student/athlete. The two hit it off, began dating and Pollock popped the question while at the Bondi Beach cliff walk in Australia. They were married December 11, 2014. 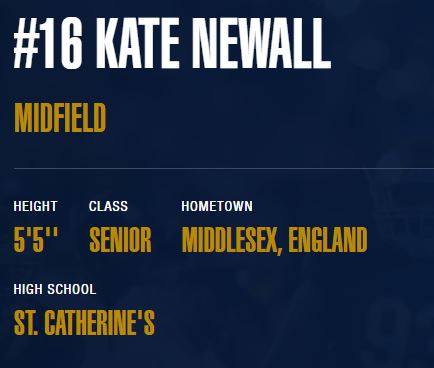 Kate was one of the up-and-coming players in England women’s lacrosse, playing for England’s national team and likely to star for a team at one of the premier universities in her home country.
However, she was recruited by Notre Dame women’s lacrosse coach Tracy Coyne who made her changer her mind, becoming the first player from England to play women’s lacrosse for the Fighting Irish.

Kate Newall started for three seasons on the Fighting Irish lacrosse team. In her senior year she started all 18 games for the Irish and was named a BIG EAST Academic All-Star and earned a monogram -as she did during her four years at Notre Dame.
She attended Notre Dame – Mendoza College of Business from 2008 until 2012, where she obtained a degree in Finance.

4. She works in finance

According to her LinkedIn, Kate was hired by GE Capital, where she worked from 2012 until 2013 in Financial Management. She is currently listed as a Financial Services Professional. 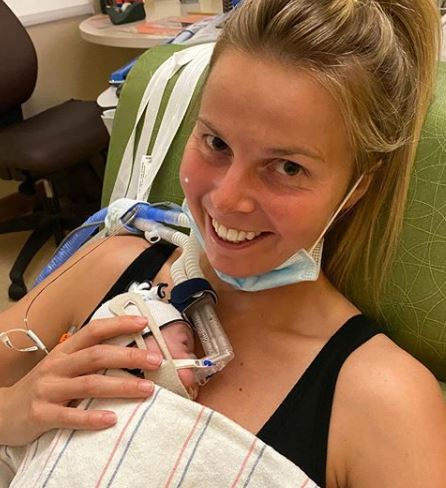 Kate became a mom earlier this year, after the couple welcomed their first child together in March. She gave birth to a baby girl named, Maddi Mae Pollock -who was born at only 24 weeks old.

Happy 1st Mother’s Day to my amazing wife. On March 19 we welcomed our beautiful baby girl Maddi Mae Pollock to the world. In very “Pollock” fashion she took the road less travelled and arrived at only 24 weeks and 1lbs 6oz. We’ve gone through just about every emotion you can imagine the past 7 weeks but our Faith has never wavered. Thanks to our doctors, our nurses, and our “prayer army” of friends and family she is doing incredible. Well over 3 lbs now and making so much progress. And I’m not surprised…she has a strong and resilient Mum to look up to! Thank you for the continued prayers. “With Love, with Patience and with Faith, she’ll make her way”