Marias Arias was the official girlfriend of MLB ace, Jose Fernandez at the time of his tragic passing in 2016. The couple was expecting their first child when he was tragically killed on September 25, 2016.

Maria’s MLB stud was a Cuban native known as “El Nino” or “the kid” who played as a pitcher with the Florida Marlins. Fernandez’ story is particularly touching after it was revealed during his career that he made not one but three unsuccessful attempts at defecting his native country. He finally made it out of the island in 2008.

He played on the high school baseball team at Braulio Alonso High in Tampa, Florida.

Fernandez was selected by the Marlins in the first round of the 2011 MLB draft, making his major league debut in 2013.

After the season, he won the NL Rookie of the Year Award and finished third in Cy Young Award balloting.

His ascending career came to a dramatic stop on September 25, 2016. The 24-year-old lost his life in a boating accident off Miami Beach along with two other of his friends.

His toxicology report showed his blood alcohol content was .147 and he had trace amounts of cocaine in his system.

His jersey number, 16, has since been retired, meaning no other Marlins player will ever wear number 16 again. 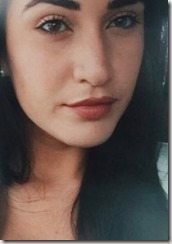 Maria Arias was reportedly attending college and was a psychology major when she first met Fernandez. The two began dating in 2016 and soon after the became pregnant.

The couple moved in together after only five months of dating.

In the following days after his tragic and sudden death, Maria Arias was pictured attending his funeral and was visibly pregnant. Arias who is still grieving the death of Fernandez gave birth to their baby girl, Penelope on Feb. 24.

The now single mother revealed in an exclusive interview to People, that the arrival of Penelope has ‘brightened their lives.’

Maria Arias also comes from a Cuban family. She and her parents currently reside in in Miami, FL.

According to reports, Jose’s state, valued at $3 million, will be split between his mother and Arias.