You are here: Home / MLB / Who is Jonathan Villar’s Girlfriend?

Jonathan Villar -whom you know as professional MLB player and currently the starting second-baseman for the Baltimore Orioles -seems to be single.

Villar was a four-win player last year, the highest mark among position players on the admittedly meager Orioles roster. However, he was still put on waivers by the team.
Born Jonathan Rafael Villar Roque on May 2, 1991; the Dominican native was first signed by the Philadelphia Phillies in 2008.
He started his major league career with the Houston Astros in 2013 and stayed with the team until 2015. He then played for the Brewers from 2016-18. Villar led the MLB in steals with 62 in 2016.

Jonathan Villar keeps his personal life in the shade as his official social accounts are full of posts related to his professional life.
Though Villar himself reveals he is a single man on his social media, he is the proud father of one adorable toddler daughter named, Kaylee Helena. 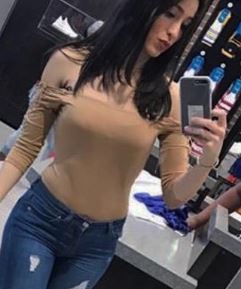 According to Villar’s daughter own Instagram page, her mother’s name is Kayla Guzman. So is safe to say, Jonathan Villar was in a relationship with Kayla Guzman and from that relationship their adorable daughter Kaylee was born. However, is not clear when or why the two are no longer together.
On a private Twitter account under Kayla Guzman she describes herself as “Jonathan Villar’s Wife ??‍?‍?| Kaylee’s Mom” -the social media page goes on to state Guzman is based in Milwaukee, Wisconsin. It appears the two first met in their native Dominican Republic and were in a relationship for years. Villar however, doesn’t give any indications to being with his baby mama or with any other woman for that matter.

Kayla Guzman doesn’t help either with her social media presence being very limited. So, the question remains, who is Jonathan Villar’s Girlfriend?