Alice Wolterman is the long time wife of former MLB coach turned Baseball exec, Joe Torre. Her hubby is one of the games most famous faces, he currently serves as the chief baseball officer for the MLB.

He then became one of the greatest coaches in the history of the game. He finished his career by leading the Los Angeles Dodgers to two NL West titles in three seasons, retiring after 2010 with a record of 2,326-1,997. He’s the only manager to have more than 2,000 hits as a player and he was the 1971 NL MVP when he played. In 2014, Torre was elected to the National Baseball Hall of Fame.

Getting back to his personal life, Torre who also worked as a broadcaster has been married a total of three times. Jackie became his first wife in 1963, the two are the parents of one son, Michael.

By 1968 he had wedded a second time to wife, Dani. He and Dani welcomed two daughters, Lauren and Cristina. 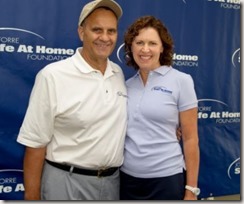 Alice Wolterman became wife number three on August 23, 1987. The marriage of 30-years have one daughter together. Alice who is widely known as Ali Torre, is the mother of daughter, Andrea Torre. 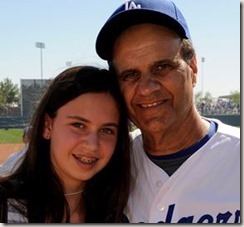 Alice Wolterman and her husband have worked together at their foundation. The couple created the Joe Torre Safe Home Foundation, for victims of domestic violence in 2002. The foundation operates around 12 resource centers in and around New York called Margaret’s Place, after his mother, who was herself a victim of domestic violence. Alice is very involved with this cause.

Ali Torre and her husband are also advocates for continuing prostate cancer research. The couple and specially Ali became involved with the cause after Joe was diagnosed with prostate cancer in 1999. Ali’s own father also went through the same battle.

Check out more photos of the lovely Ali Torre here.