Jessica Pearce is the lovely wife of MLB player, Steve Pearce –currently a first baseman for the Boston Red Sox.

He set a record at South Carolina University with a 1.000 fielding percentage and was named the NCBWA District IV Player of the Year. He also won the Baseball World Cup representing the United States in 2007.

He was selected by the Pittsburgh Pirates in 2005 and has since played also with the Baltimore Orioles, Houston Astros, New York Yankees, Tampa Bay Rays, Toronto Blue Jays and most recently with his current team, the Red Sox.

The 35-year-old has received the support of his lovely wife during his career in the big leagues. He and Jessica Pearce have been married for several years and together are the proud parents of two young children. Their adorable five-yar-old girl, Jensen was born in 2012. Earlier this year, the couple welcomed second child, son Crew Pearce –born in February 2018. 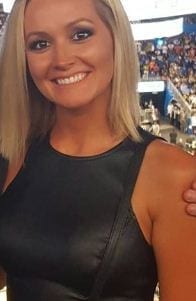 The lovely MLB wag and mother of two is a bit of an enigma. Unlike your typical MLB wag, it seems not much about her can be found as she keeps a low profile. Is safe to say however that with two small kids at home, Jessica Pearce stays a busy mommy and a supportive wife to her man.

The blonde does keep a Facebook profile, but doesn’t share much info on it, other than a number of photos of her beautiful family. Check her out on Facebook here.