Janelise Maldonado is the lovely MLB wag married to veteran catcher Martin Maldonado –currently a player with the Houston Astros.

Janelise’s husband played until recently with the Los Angeles Angels, but reports indicate the 31-year-old Puerto Rican was traded to the Astros while prospect LHP, Patrick Sandoval to the Angels. 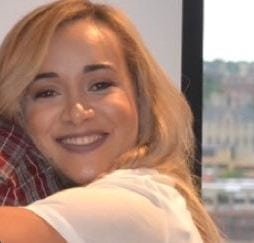 Maldonado was drafted by the Anaheim Angels in the 27th round of the MLB draft in 2004. He played his first professional season for the Arizona League Angels. In 2005, he played for Arizona and the Orem Owlz. He was released by the Arizona Angels in 2006. The following year he singed a minor league contract with the Brewers. In December 2016 he was traded to the Los Angeles Angels.

Through ups and downs in his career, Maldonado has had by his side to his lovely wife, Janelise.

Mrs. Maldonado was born Janelise Marquez, she is also a Puerto Rican native. She and the MLB player have been married for some time and together are the proud parents of one daughter, born in 2017.

Like most MLB wags, Janelise Maldonado is mostly in charge of caring for the couple’s daughter and cheering for her man during the season. The supportive wag keeps also active on social media and often posts about her beautiful family.

Check out the wife and mom of one on Twitter here.