Shelby Wisdom is the lovely girlfriend of MLB player, J.D. Davis –currently a third baseman for the New York Mets.

Shelby’s baseball stud was acquired by the Mets in February, the 25-year-old made his MLD debut with the Houston Astros.

Born Jonathan Gregory Davis on April 27, 1993 –to parents Greg and MaryJo Davis; he was raised along a younger brother, Ben.

The California native was a four-year letterwinner for the Thundering Herd at Elk Grove High School in Elk Grove, Calif. Davis was selected by the Tampa Bay Rays in the fifth round of the 2011 Major League Baseball draft but did not sign. He then enrolled at California State University, Fullerton, where he played college baseball from 2012 to 2014 –and majored in Business.

In 2014 he found himself drafted again, this time by the Houston Astros who took him with the first pick of the third round (75th overall).

From there, he would go on to split the year between the low-A Quad City River Bandits and Tri-City ValleyCats. The Astros would promote him to high-A Lancaster to start and finish the 2015 season. After playing Double-A with the Corpus Christi Hooks and Triple-A Fresno, he was called to the majors in 2018. He was acquired by the Mets earlier this year. 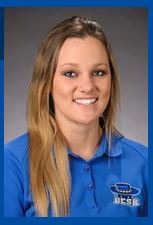 Luckily for the Mets newcomer, he has his own cheerleader to lean on. Davis has been in a relationship with Shelby Wisdom, she is his girlfriend of four years.

Shelby like her man, was a student athlete, the pretty gal was one of the most decorated pitchers in the history of UCSB softball.

Shelby Wisdom was born May 3, 1995 to parents Tommy and Joylynn. She has three siblings: Melissa, Janelle and Thomas. Wisdom previously attended Elk Grove High School and majored in business economics with a minor in sports management at UCSB. She also holds a Master of Science from National University.

According to her LinkedIn, she is a Behavior Analyst and Specialist at Center for Behavior Solutions. She previously worked at Association of Behavior Consultants and before that she was a pitching instructor at B.A.T.S Facility.