Gina Luhnow is the lovely wife of MLB exec, Jeff Luhnow -who until recently served as General Manager for the Houston Astros.

Gina’s husband has been fired from the top job over an elaborate cheating scandal carried out in 2017.
Born in Mexico on June 8, 1966; Jeff Luhnow graduated from the Webb School of California and holds degrees in economics and engineering from the University of Pennsylvania. He earned an MBA from the Kellogg School of Management at Northwestern University.

Prior to entering the world of professional sports, Jeff founded Archetype Solutions, where he served as President and COO. His background also includes stints as General Manager and Vice President of Marketing at Petstore.com, and five years with the global management consulting firm of McKinsey and Company. 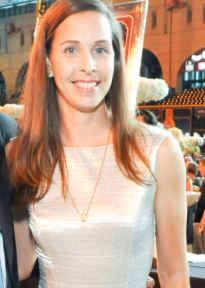 He has been married to lovely wife Gina Luhnow for several years. She is actually his second wife. Gina is the stepmother of his two older children, Elizabeth and Jeffrey. She and Jeff are the parents of one son, Henrry.

Gina Luhnow who was born Gina Lauren Hagopian, is the daughter of a successful businessman father, her parents have been married for over 50-years. The California native grew up being a Dodgers fan, she has a brother who is a film producer.
Gina and her family are currently based in Houston. Gina who is certainly her hubby’s biggest fan, said during an interview “Luckily, we live close to the stadium and I go to many of the games”