Genesis Guzman is the proud wife of MLB player, Marcell Ozuna -whom you probably know best as a player with the Atlanta Braves.

Genesis’ professional baller hubby who goes by ‘The Big Bear’ was born in Santo Domingo, Dominican Republic, on November 12, 1990.
The Marlins signed him as an amateur free agent in 2008. During his time in the minor leagues, he hit 24 home runs in 2012. Ozuna went onto make his MLB debut in 2013 for the Miami Marlins. In 2018 he was traded to the St. Louis Cardinals.
He played for the Cardinals until earlier this year when he signed a one-year deal worth $18 million with the ATL Braves.
The slugger was a two-time All-Star with his first team, including during a dominant 2017 season in which he had a .312 batting average, 37 home runs and 124 RBI, all career highs. He won a Gold Glove, a Silver Slugger and earned MVP votes that season.

Off the field, Ozuna is happily married to Genesis Guzman, who now goes by Genesis De Ozuna or Mrs. Ozuna; want to know more about her? Check out her top facts below.

1. She is a business woman 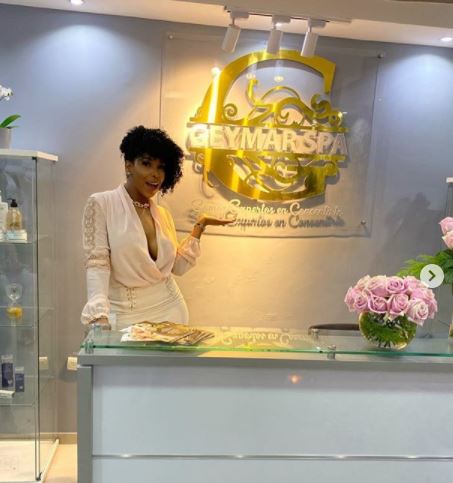 Genesis is quite the accomplished business woman, she has tapped into a number of industries including beauty, transport and leisure & recreation.
She is the owner of several business including GeyMar Beauty Salon And Spa -which offers nails, makeup, hair extension and haircuts.
Genesis is also behind Geymar-extension -which according to it’s IG page, claims to offer the best hair extensions in all Dominican Republic.
Geymar billar, is a recreational spot which offers good music and entertainment for the family. Geymar billar is located in Boca Chica, also in DR.
Geymar Spa is another business owned by Genesis Guzman and like its name says, it offers a number of spa treatments. Lastly, Genesis is also the master mind behind, GEYMAR Transport SRL.

Genesis Guzman was arrested last May on a misdemeanor domestic battery charge. According to reports, police charged her with domestic battery after she allegedly hit Marcell with a soap dish causing a “small laceration” on his face.
She ended up being booked into a Miami-Dade jail on May 29 after a two-week investigation. She pleaded not guilty to the charge.
Despite their differences, it appears the couple patched things up and are still going strong. 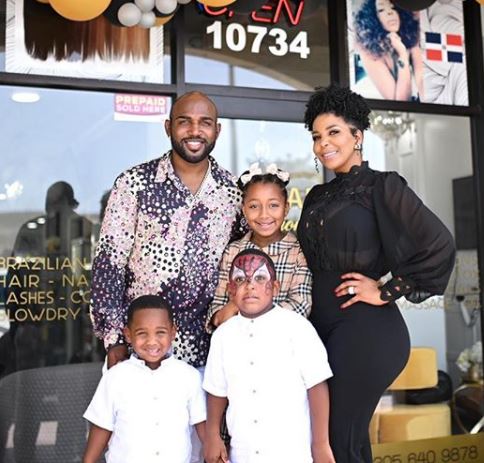 Genesis and her hubby are the proud parents of three children together, two boys and one daughter named, Yolgeissy Ozuna Guzman.

When Genesis Guzman was pregnant with their third child, she experienced pain and contractions. A six-month pregnant Guzman had to be transported from Marlins Park to a hospital. Ozuna who was a Marlins’ player at the time and was in the middle of a game against the Kansas City Royals, left to be with his wife. Thankfully, everything was fine.

4. She can handle a hard ball

She was caught in a video playing a little friendly softball game with other wags before the guys took the field back in 2011. Genesis surprised her man and fans when she stepped up to the plate and hit a jaw-dropping home run. The footage was shared by ESPN.

5. The couple tied the knot only three years ago

Genesis and her famous man have been in a relationship for over a decade but only became husband and wife in 2017.