Nilmarie Huertas was MLB’s professional baseball player, Francisco Lindor’s girlfriend. She, unfortunately, could not make it to the position of his wife (Or he as the gorgeous woman’s husband), as the couple separated their ways, ending nearly 6-7 years of relationship. They shared a loving and amicable bond while together. So, is Francisco Lindor married? Sadly, the answer is no and it doesn’t seem likely soon.

Nilmarie Huertas, Francisco Lindor’s girlfriend had given her share of commitment to their relationship. However, after a period of dating, things took an ugly turn for them. Sticking to each other’s side for a range of six to seven years, Huertas had steadily developed some cold vibes in their bonding.

If reports were to be believed, Lindor was accused of cheating on Huertas, back in the January of 2019. Lindor in response denied the allegations. There were already some issues haunting their relation, and the incident further aggravated the situation, that broke his girlfriend’s heart.

In an interview, she had blurted out her feelings, breaking the silence, and expressed her heart on the pangs of separation.

Francisco Lindor and his girlfriend Huertas met somewhere around the year 2012. She even had a photo posted on her Instagram. As a result, the news of their relation broke out and they had started dating since then.

Huertas also started extending her support for Cleveland Indians, whom Lindor played for. And she simultaneously started traveling with Lindor for his matches.

They were indeed having a gala time together, vacationing around places, uploading pictures on Instagram, being happy with each other’s company. She was a beautiful, loving and, caring girlfriend to him.

Nilmarie Huertas was born in Humacao, that happens to be a municipality of Puerto Rico. Her mother is Nilsa M. Solivan. She’s a sister to her two brothers, named David Huertas and Luis Armado Huertas. Nilmarie did her schooling from Petra Mercado Bogart, a high school situated at Humacao, Puerto Rico.

For pursuing her higher studies, she enrolled herself in Jacksonville’s Florida State College. This was followed by her admission to the Caribbean university, where she had successfully obtained a degree in English education.

She additionally pursued a degree in Psychology from the University of Phoenix. By 2019 she was a holder of dual degrees, one in English Education, the other in Psychology. She then began teaching at Colegio Calvados, Bayamon’s elementary school, situated in Puerto Rico.

She left the job after it didn’t work out for her. Currently, it seems Huertas runs a boutique and she’s the owner of @nilboutique20.

Francisco Lindor’s family comprises his father Miguel Lindor and his mother Maria Serrano. He has a sister, named Legna. Francisco is very fond of his family. Lindor’s baseball days started at a young age, where his father, Miguel Angel Lindor, assisted him in his training.

After reaching the age of 12,  Lindor was accompanied by his father, youngest sibling, and stepmother in central Florida. There he got himself admitted to Montverde Academy Prep school. His mother and other two elder siblings joined him in Florida post getting signed with the Cleveland Indians in  2011.

Francisco Lindor was born to his father, Miguel Lindor, and mother, Maria Serrano.

Although several online stores have a good collection of Lindor’s Jersey, people willing to get their hands on the cheap Jerseys can visit the online store “Fanatics Outlet”. 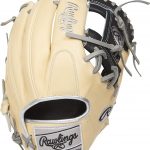 Francisco Lindor owns a Rawlings Pro Preferred PRO205-2KB 11.75″ glove, which is classic in itself. Lindor’s glove currently boasts the platinum label, the rarest label of all.

Baseball players wear stirrups for it serves the practical purpose of keeping socks intact to their place. At ths point it doesn’t seem like Francisco has specific “stirrup merch”, if that is even a thing? If it ever becomes one, we assure you we will have an Amazon link for it so we can make a little coin $$ along the way. This isn’t a charity, you know that right?

Lindor always has his cross-shaped necklace attached to his neck.

In baseball, a grand slam refers to the home run hit, with baserunners occupying all three bases, hence scoring four runs. Francisco Lindor’s iconic grand slam moments are reflected in the video below.

Where is Francisco Lindor from?

Puerto Rico’s Caguas witnessed the birth of  Francisco Lindor, dated 14th of November in the year 1993. He was born the third child, of four children.

In the year 2017, New Balance had announced that it had signed Cleveland Indians’ Francisco Lindor as an ambassador for a multi-year contract of endorsement.

Based on the reports, New Balance will be undertaking the role of the off-field apparel and on-field footwear provider for Lindor, and shortstop being the global face representing the baseball category.

Lindor also went on to share how excited he was to become a  part of the brand, which felt amazing to him.

New Balance later revealed that the New York Mets shortstop and the footwear company were on the verge of launching the first baseball signature shoe and a collection of apparel by the brand.

The special collection being talked of, referred to, clothing, accessories, and footwear that features designs the highlight and particularly celebrate the Puerto Rican heritage that Lindor represented.

For the footwear, New Balance came up with Lindor 1, which included a two-colored classic baseball cleat, that represented the three colorways of lifestyle silhouette, particularly named, The Lindor turf.

Lindor makes sure to pair his cleats with Stance or TrueSox Socks.

Lindor’s potential as a ba seball player is reflected as he swings his Marucci Lindy12 maple bat, which he usually pairs with his Franklin Pro classic batting gloves.

The video below gives us a reflection of the highlighted moments from the matches. These highlights are a testimony to his professional skills as a baseball player.

Lindor is either inclined to the Cypher 12 or COMPv1 Stirrup cleats that do not miss a chance to showcase a variety of clean colorways.