Faith Jewkes is the stunning girlfriend of MLB player Clint Frazier -whom you may know best as an outfielder for the New York Yankees.

In this Article hide
1. She hails from Arizona
2. She is a former athlete
3. She studied Psychology
4. She is a working gal
5. She stood by Clint’s side through his ordeal – Clint Frazier injured
Does Elizabeth Faith Jewkes have a Social Media presence?

Faith’s MLB beau was born September 6, 1994; the Georgia native batted .424 with 24 home runs during his junior year at Loganville High School.
He was chosen fifth overall by the Cleveland Indians at the 2013 MLB Draft. The red head outfielder debuted with the New York Yankees in July 2017.

The 26-year-old has been dating pretty girlfriend, Faith Jewkes for sometime, the two were first linked together in 2018. Check out interesting facts about Miss Jewkes below. 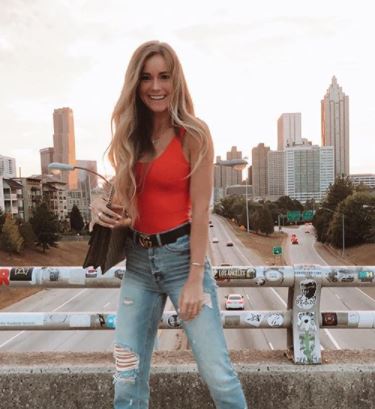 1. She hails from Arizona

Elizabeth Faith Jewkes was born August 25, 1995 in Scottsdale, Arizona. She is the daughter of Owen and Liz Jewkes. She has one brother, Christian; who played football and baseball at Limestone College.

2. She is a former athlete

While in high school, she lettered in indoor and outdoor track, tennis, soccer, and cheerleading. She was a member of the track & field team, in the sprints position while at Wofford College. 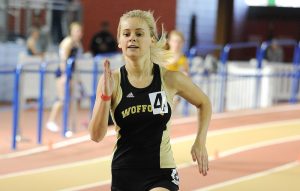 In her senior year she competed in six meets; at the Southern Conference Championship and ran the 200m, 400m and the 4×400 relay. The relay team set a school record in the event at 3:59.51 and finished fourth overall. According to her old profile, she also competed outdoors, in four meets, primarily the 400 meters and 4×100 relay.

Faith graduated from North Buncombe high school in 2013. From 2013 until 2017 she attended Wofford College where she studied her Bachelor’s of Science, Psychology. Then from 2018 until 2019, she studied at NC State University Graduate School, obtaining an International Coaching Federation Certification, Executive Business Coaching.

Faith has a pretty interesting resume, according to her LinkedIn, this very pretty lady (***!) began her career working at Athletes and Causes working in recruitment. She was later hired as a receptionist / administrative assistant for Alliant Insurance Services. She also previously worked at Camp Highlander and Optix Optometry.
Faith Jawkes is currently listed as a Client Relations Manager at Delphi Global, a job she started in 2020.

5. She stood by Clint’s side through his ordeal – Clint Frazier injured

Frazier was diagnosed with a vestibular concussion after he hit his head on an outfield wall in the Yankees’ second spring training in 2018. Symptoms included dizziness, changes in mood and sensitivity to light and noise. All of which can massively impact the career of a finely-tuned athlete who depends on these senses to perform at the highest levels of the sport.
Jewkes felt obligated to keep both their spirits high. That meant taking each day as it came and figuring out how best to listen to Frazier and let him vent. As a result she pursued a certification in sports psychology.

Does Elizabeth Faith Jewkes have a Social Media presence?

Faith is quite active on social media. Like most single ladies her age, the lovely Faith spends quite a lot of time posting on IG. Her account which has over 9k followers, is filled with images of her hanging out and having a good time with friends and family.
It is also unsure at this time if she and Clint are still an item. It’s been quite a while since they posted a photo together. If you know the answer, please send us a comment below!

Find Faith Jewkes WAS on instagram but her account now seems to have been removed. Do you have a link to her new account? If so, please help us out with a link to this incredibly beautiful woman!!!

Find more on the loves and lives of Major League Baseball’s Hottest Wives and Girlfriends in our most popular reader nominated posts .