In this Article hide
Oh my goodness Ronald’s Girlfriend is gorgeous
1. She has been an MLB wag for over a year
2. She is a fitness buff
3. Eva Luccia is known in her homecountry
4. She has famous friends
5. She doesn’t share much about her love life

Eva Luccia is the stunning girlfriend of Venezuelan MLB player, Ronald Acuna -who is currently an outfielder for the Atlanta Braves.

Eva’s MLB stud boyfriend was born in Venezuela on December 18, 1997; Acuna followed into his father and grandfather’s footsteps since both played baseball only not to the professional level.

Nicknamed El Abusador, Ronald originally signed with the Braves in 2014 as an international free agent. He made his professional debut in 2015 with the Gulf Coast Braves. Acuna went onto make his major league baseball debut in 2018 as a member of the Atlanta Braves, and was named the 2018 NL Rookie of the Year.
Since then, Acuna has been named an MLB All-Star and was the NL stolen base leader in the 2019 season. Additionally, he won a Silver Slugger Award.

Off the plate, Ronald Acuna is living his best life next to stunning girlfriend, Eva Luccia -want to know more about her? Check out her top facts below.

1. She has been an MLB wag for over a year

Gorgeous Eva Luccia and Ronald were first reported to be an item back in 2019. The two were first romantically linked together around July of 2019 and it was reported at the time, that the love birds had been dating for months. That would mean, they have been together for over a year now.

2. She is a fitness buff 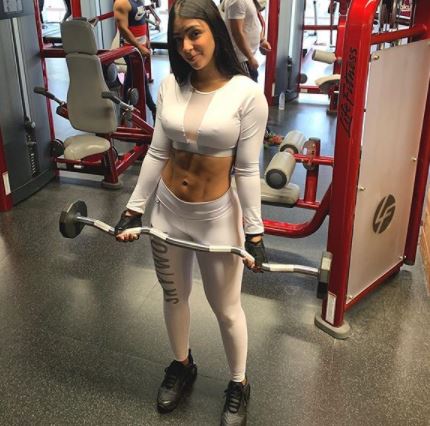 The dark haired stunner has shared numerous images of her fitness routines; Eva Luccia keeps her splendid figure by regularly sticking to a fitness regime. The IG model is a real example of commitment to hard work and dedication.

In addition to her workout and fitness routine, Eva’s social media is filled with images of her in bikini and living her best life with friends. Besides the beach and the nightlife, she also enjoys traveling and has been to other countries including Brazil and Mexico.

3. Eva Luccia is known in her homecountry

Eva Luccia who also proudly hails from Venezuela and where she is currently based, has appeared in a number of local articles, where she is praised by her looks and envied figure.

4. She has famous friends 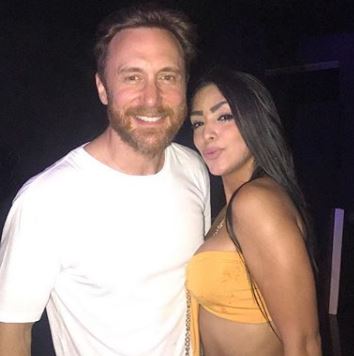 Eva Luccia appears in a number of images next to famous friends such as Zion -who is a famous Venezuelan singer who has been in the spotlight and the music secene for years. Zion, real name Felix Ortiz first became known thanks to the reggaeton duo Zion & Lennox. The rapper and singer has over 4 million followers on IG.

Though Eva Luccia has presumably been dating the MLB star for over a year, she hasn’t given much indication on the current status of their relationship. The only big sign she made was during the couple’s first stages when back in 2019, she left a message for his groupies on her IG story during all-star week. At the time she wrote ‘***** voy a ti’ with a heart emoji.