Erin Hinch is the lovely longtime wife of MLB coach, A.J. Hinch –currently the manager for the Huston Astros.

Erin’s hubby is a former player turned coach, he was born Andrew Jay Hinch on May 15, 1974; the Iowa native worked in the front office of the San Diego Padres, a former coach and player in MLB and a teammate on the USA Olympic Baseball Team which won a medal the year he played.

A.J. –also coached the Arizona Diamondbacks. As a former MLB catcher he was a part of the Oakland Athletics, Kansas City Royals, Detroit Tigers and the Philadelphia Phillies. He retired in 2004. In 2014, he was hired as the Astros’ manager.

He’s been happily married to wife Erin, for 19-years. She was born Erin Marie Jennings was born on April 16, 1975; to Charles and Cheryl Jennings. 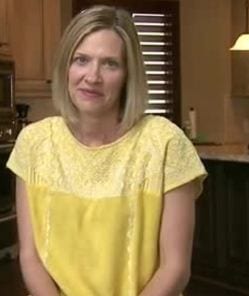 According to the Houston Chronicle, Erin is a former ballet teacher. She took at Betty Johnson School of Dance from 1980-1993 and had taught at Bender Performing Arts from 1992-1999.

Together they are the proud parents of two daughters, Haley and Kaitlin Hinch –both in their teens. Their daughters train in soccer and tennis.

In addition to being a proud MLB wag and full-time mom of two, Erin also appears alongside her hubby during events –like the Barbara Bush Houston Literacy Foundation Young Professionals Group’s Jungle Book Gala –where her man was the honorary chair.

Is safe to say, the blonde is very supportive of her husband’s career and has been since day one. We all know how challenging can be raising kids while hubby puts on long hours, or moving a number of times following wherever he is hired next. The couple previously lived in San Diego, California and now have a house in The Woodlands, Texas.