Erica May Scherzer is the lovely wife of MLB player, Max Scherzer -a pitcher for the Washington Nationals.

Erica’s hubby was born Maxwell M. Scherzer on July 27, 1984; the Chestefield, Missouri native played college baseball at the University of Missouri and was drafted in the first round by the Arizona Diamondbacks in 2006, Missouri’s first-ever MLB first-round draftee.

He helped lead the Tigers to the World Series in 2012 and the ALCS in 2013 and he pitched his first career no-hitter with the Nationals on June 20, 2015. The strikeout specialist won the 2013 AL Cy Young Award while pitching for the Detroit Tigers and the 2016 and 2017 NL Cy Young Awards with the Washington Nationals.

He finished the 2017 regular season at 16-6 with a 2.51 ERA, as well as 126 strikeouts in 200.2 innings. Since his career began with the Arizona Diamondbacks in 2008, Scherzer has established himself as one of the most consistent top-of-the-rotation starters in the majors. 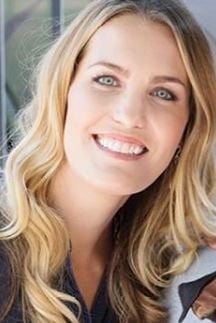 He’s been a happily married man since 2013. He and stunning wife Erica May met while attending University of Missouri and dated for several year prior to their nuptials. They have been together since 2004.
While attending University of Misouri Erica was also a student/athlete who played for the Mizzou softball team. Like her hubby she was also a pitcher and the two bonded through the sport they love. However for Erica a heart condition later forced her to quit playing.
May who has model looks and is originally from Denver, was a star pitcher on the Cherry Creek High School softball team. During her tenure there she was an all-conference player, leading the conference in ERA, strikeouts, and win/loss percentage.

But Erica isn’t just a pretty face who was good at pitching; nowadays, the MLB spouse is known for her activism; she works as an ambassador for Polaris, an organization that looks to fight and eradicate human slavery. She’s worked with multiple non-profits in Arizona, Michigan, and Washington, D.C.

She is also the mother of the couple’s daughter Brooklyn May-Scherzer, born in 2017. In addition, Erica May Scherzer keeps busy wiht their pets, the couple owns at least four rescue dogs and two cats; Erica is obviusly an animal lover. In fact, the mom of one is extremely passionate about animals and has dedicated much of her spare time to working with the Humane Rescue Alliance.