Elizabeth Torres is the lovely wife of MLB star player, Gleyber Torres -currently a player with the New York Yankees.

Elizabeth’s MLB hubby is a two-time all-star shortstop and second baseman currently in his second season with the Yankees.

The young shortstop was born Gleyber David Torres Castro on December 13, 1996, in Caracas, Venezuela. Torres signed with the Chicago Cubs as an international free agent in 2013 and made his debut with the Arizona Cubs in 2014 as part of the Minor Leagues.
He became the youngest player in the AFL and the youngest player in history to win the AFL Most Valuable Player at the age of 19.
He made his MLB debut for the New York Yankees in April 2018.

At 23, he’s already a married man to wifey, Elizabeth Torres. Want to know more about her? Check out her top facts below.

1. She also hails from Venezuela

Lovely Elizabeth was also born in the South American country. In fact, she met Gleyber while they were young kids still living in Venezuela.

2. They have been married for three years 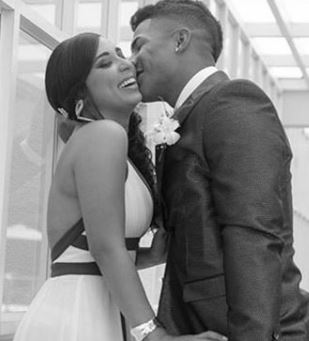 The two tied the knot back in 2017, when they were just 20-years-old. However, the couple has known each other since they were youngsters and began dating in their teens. They were childhood sweethearts prior to their nuptials and dated for around three years. The couple became husband and wife in April 2017.

Despite being married to a famous professional athlete, Elizabeth is mindful of her personal life and enjoys keeping a low profile. She doesn’t share much of her day to day activities since she is nowhere to be found on social media. She does appear here and there on her hubby’s page though. It’s safe to say the pretty lady is totally ok with her man on the spotlight while she watches quietly and cheers for him from behind.

4. She enjoys her man’s romantic gestures 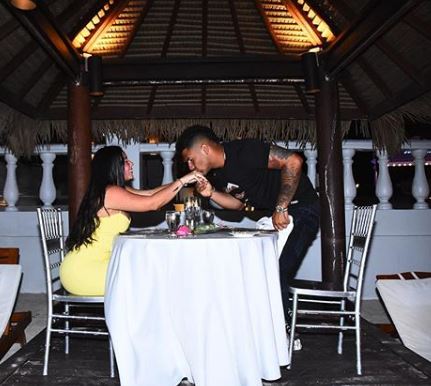 On the couple’s second wedding anniversary, the couple enjoyed a romantic dinner outside on the beach to celebrate. Torres left also left a beautiful message for his wife on Instagram. He wrote a few words in Spanish which translated goes something like this

“Happy 2nd Anniversary my beautiful love ❤️ Thankful for you so much you can not imagine, we continue to grow and learn from everything that is coming and the things that are missing, that thousands of good things that continue to be fulfilled and that you are by my side to enjoy them together, Thank you princess I love you.”

For their third anniversary, Torres shared a special compilation video of what it seems a romantic photoshoot of the couple.

5. She is a dedicated and supportive MLB wag 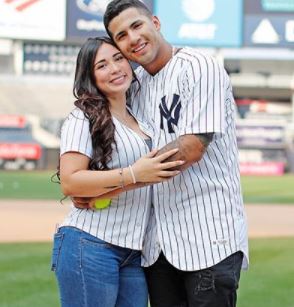 There are no details available about her profession or if she has a day job. It’s safe to say Elizabeth keeps busy cheering for her man and being a professional baseball watcher. The brunette is known to frequent her husband’s games, so she’s a regular at Yankee stadium. It seems most of her life revolves around her hubby and baseball.