Tricia’s long time husband currently serves as the Manager for the Los Angeles Dodgers.Born May 31, 1972 in Japan –Dave went onto play for ten-years in the big leagues and is also a former coach prior to being named the first manager of Asian descent in 2016.

As the son of a U.S Marine, Dave moved several times until his parents settled in San Diego, California –where he played football, baseball, and basketball at Rancho Buena Vista High School. He chose to attend UCLA where he impressed coaches with his speed. In 1995, Roberts obtained his Bachelor of Arts degree in history and left UCLA as the school’s all-time stolen-base leader.

The outfielder became or his raw speed and base-stealing skills. He was drafted by the Detroit Tigers in the 28th round of the 1994 MLB Draft. He was traded to Cleveland in 1998 and was acquired by the Dodgers in a December 2001 trade. He played three years for the Dodgers, then for the Red Sox, Padres and Giants before retiring in 2009. From his first full season in 2002 to his last full season in 2007, he ranked fourth among all Major League players with 226 stolen bases.

Following his playing career, Roberts served as an analyst for the New England Sports Network in 2009 before joining the Padres front office in 2010 –where he was bench coach for Bud Black. 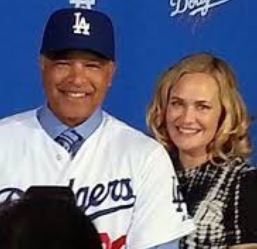 Tricia Roberts must be a proud MLB wife right about now, since her husband could be the man responsible for the Dodgers winning the seventh World Series Championship in franchise history. 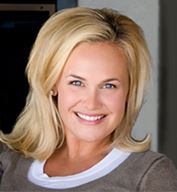 To the surprise of many, Tricia is a white woman, yes they are a biracial couple and have two children together. Tricia Roberts is the proud mother of two children, Emmerson and Cole Roberts.

It is safe to say Tricia has been by her husband’s side supporting him through the good and the bad –like when he was diagnosed with Hodgkin’s lymphoma. As a matter of fact, the two met while attending high school, where they began dating.

The wife and mom of two completed sommelier school in 2010 and opened her interior design firm, Tricia Roberts Design in 2011. They both share a passion for wine, together they are the owners Red Stich Wine.