Ashley Buzzy McHugh is the stunning wife of MLB player, Collin McHugh -currently a pitcher for the Boston Red Sox.

Ashley’s husband is a World Series champion who previously played for the Astros recently signed a one-year contract with the Boston Red Sox.

In a three-year career at Berry College, McHugh went 13-9 with five saves before joining the Mets organization after his junior campaign.
He made his major league debut for New York in 2012, before being demoted and eventually traded to Colorado. He was then claimed off waivers by Houston after the 2013 season.
With Houston, he was 58-35 with a 3.63 ERA. He pitched as a starter from 2014-17, as a reliever in ’18.

McHugh who debuted with his own podcast ‘The Twelve Six’ in 2018 -is happily married to Ashley Buzzy McHugh. 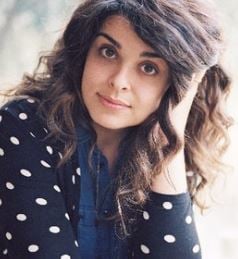 The two have been married for over a decade, since 2009 to be exact and have known each other even longer. The two were married after college.

Ashley Buzzy McHugh who goes simply by Buzzy was born in Denver, Colorado and raised in Atlanta and is not your typical over the top MLB wag. The lovely brunette is a writer, calligrapher and printmaker.
Ashley who runs her own website, completed her BFA at the University of Georgia in Graphic Design, with a unique emphasis on Fabric and Textiles. Ashley is also a yoga teacher.

Since their nuptials, Ashley and her husband have welcomed two children, sons Shaw and Rowan. The spouse and mother splits her time between her home and studio in Atlanta and being a supportive MLB wag for her husband. She is in addition into farming, cooking local and organic foods and sewing/dyeing/weaving.

On Instagram she calls herself ‘writer, pasta maker, teacher of yoga, food farmer’ -hinting at her wag status she also adds ‘frequently relocated by MLB’