Heidi Strobel is the loving and supportive wife of MLB star, Cole Hamels –currently a player with the Texas Rangers.

He’s been a happily married man since 2006. Meet his wife below. 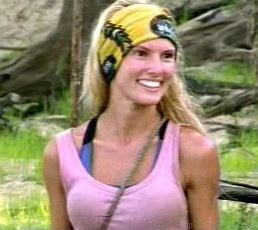 Born on October 29, 1978; Maryland native Heidi is a whole lot more than just your average MLB wag. The blonde caught our attention back when she appeared on season six of CBS’s Survivor over a decade ago.

Heidi who is five-years older than Cole –may be best remembered for her willingness to strip for peanut butter during a challenge (a move that scored her a Playboy spread with fellow stripee Jenna Morasca). Above all she’ll always be remembered as the annoying blonde who almost flirted her way to Sole Survivor status. 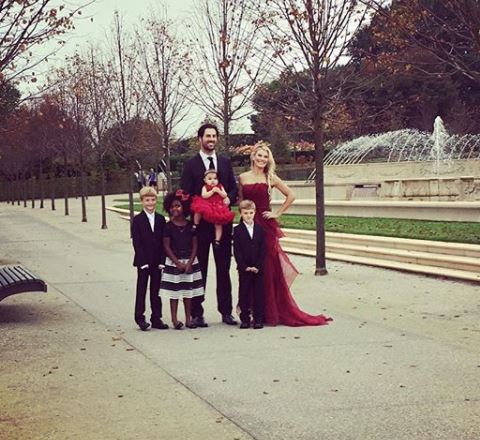 Heidi went from being an overnight celebrity to MLB wag when in 2006 she and Cole Hamels tied the knot. The former Survivor contestant and her hubby are known for their philanthropic efforts. Back in 2008 they launched the Hamels Foundation –which funds childhood programs in Philadelphia and Africa. The couple also recently donated their 10 million mansion to charity.

The couple are also the proud parents of four children. Heidi Strobel gave birth to their first child, son Caleb Michael, on October 9, 2009. The couple welcomed their second son, Braxton, on November 2, 2011. Back in December 24, 2012, they adopted a baby girl from Ethiopia named Reeve.

Heidi Strobel who now goes by Heidi Hamels, describes herself on social media as a country music writer, mom of four and CrossFit/Tabata/Running Junkie. Find her on Instagram here.