Christina Markakis is the proud wife of MLB player, Nick Markakis -the veteran outfielder currently playing for the Atlanta Braves.

Christina’s husband is currently in his sixth season with Atlanta. Born November 17, 1983; the NY native was named Georgia Junior College Player of the Year twice during his career at Young Harris College.
He was honored with a shirt that read ‘Nick the Stick, Camden’s Finest’ during the 2009 season with the Orioles.
The outfielder was originally drafted by the Cincinnati Reds in 2001 and made his MLB debut with the Baltimore Orioles in 2006.
He played with the Orioles until 2014 when he signed a 44 million contract with the Braves. Markakis hit .285 with nine homers and 62 RBIs in 2019. He was an All-Star in 2018.

Markakis was the first player to return after opting out due to Covid19 earlier this year.

Off the field, Nick is a happily married man, he and wife Christina have been together for years. Want to know more about her? Check out her top facts below. 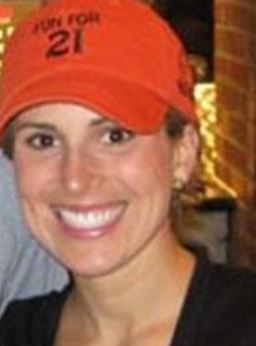 1. She hails from the Sunshine State

Christina Markakis was born Christina Dutko on December 28, 1984. The Plantation, Florida, native was born to parents Michael and Bettie Dutko.

2. Her sister is also an MLB wag

Christina’s sister Ashley Dutko is the wife of Ryan Flaherty – a former infielder turned coach. Flaherty made his MLB debut for the Baltimore Orioles in 2012. He made his last MLB appearance with the Cleveland Indians in 2019. Later that year, he was hired as an scout and development coach for the San Diego Padres.

3. She is former college athlete

4. She enjoys giving back to the community

Christina and her famous husband, created the Right Side Foundation, which helps underprivileged children in Maryland. She stated in the past about the inspiration for the foundation.

“Nick and I have always loved children. As news parents, we see great promise in our son and want to do our part to ensure that other children in Maryland have opportunities to grow and enjoy life”

In addition to philanthropy, she worked for years as an elementary school teacher but it is believed she is currently a full time housewife.

Christina and her man met back in 2006, after they were introduced at a Super Bowl Party hosted by Baltimore outfielder Jeff Fiorentino. The two were married two years later in 2008.
Since their nuptials, the couple has welcomed three children. Christina gave birth to the couple’s first son, Taylor, in 2009. Second son Tucker was born in 2010; and third son, Toby made his arrival in 2013.

It appears the mom of three isn’t a big fan of social media. It’s safe to say Mrs. Markakis has her plate full caring for the couple’s three young boys, so she may not have the time to do social media.