Carrie Piscotty is the proud wife of MLB player, Stephen Piscotty -whom you probably recognize as a professional outfielder currently playing with the Oakland Athletics.

Carrie’s MLB hubby enrolled at Stanford to play college ball for the Cardinal, earning All-Pacific-10 Conference first team, and where he was an atmospheric and energy engineering major.

Born January 14, 1991; the California native was originally drafted by the Los Angeles Dodgers in the 45th round of the 2009 MLB Draft but he chose not to sign at that time. Three years later, Piscotty was a first round selection of the St. Louis Cardinals and eventually made his big leagues debut in 2015. He finished sixth in the NL Rookie of the Year voting after hitting .305 in 63 games.
In three major league seasons, he has a .262 batting average, 38 home runs and 163 RBIs. In 2017, the Cardinals traded Piscotty to the Oakland Athletics.

Off the field, Piscotty is a happily married man, check out interesting facts about his wife Carrie Piscotty below.

1. She hails from Florida 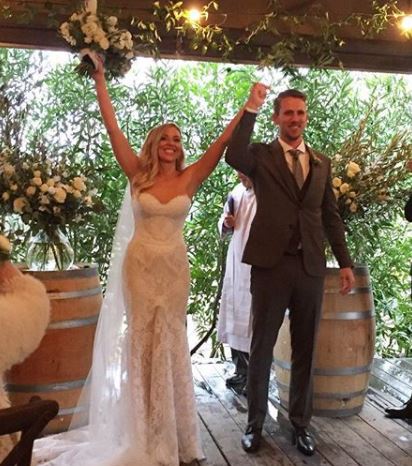 Carrie and Stephen dated for years prior to their nuptials nearly two years ago. They said their ‘I Do’s’ in January of 2019 after getting engaged in March of 2018. Stephen proposed while the couple took a trip at Schweiger Vineyards & Winery.

3. She holds a master

Carrie is definitely well educated. She graduated *** laude with a BABA, Business Administration from the University of Florida. She was also part of the MBA Exchange Program, “The European Business Environment” in Lyon, France.
Additionally, she holds a Master of Arts, International Business from University of Florida – Warrington College of Business.

4. She does her own thing 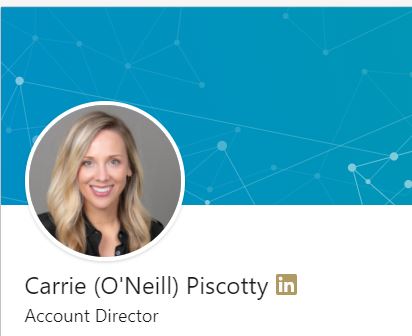 The lovely blonde is listed as an account director at Wilson Dow Group, where she has worked since 2014.
She describes herself on LinkedIn as a ‘Dedicated account director who supports executive leadership by partnering with marketing, sales and training teams. We collaborate to best align teams to brand messages, prepare them to successfully execute brand strategy, and engage them with live experiences. As a result, teams are prepared and committed to achieve their objectives’

She was previously part of the European Marketing Team at Bristol-Myers Squibb. Carrie worked for over five years at Amylin Pharmaceuticals, where she served as district sales manager and associate director. She began her career as a sales rep for GlaxoSmithKline.

Carrie’s beloved cat Betty White, whom she affectionally calls Bubs, has her own IG page with the handle ‘bubsybubalou‘ -and which has over 300 followers. The cat, which is pretty **** cute we have to say, is described as ‘Curious Yogi’ ‘Cuddle Bug’ and ‘Late Night Rager’
Apparently, Beety White or Bubs likes include, baseball and fish and dislikes, car rides, thunder storms and mice. Duh!

Carrie’s own IG page, @haiwycarrie, is set to private. Despite being married to a professional athlete, Carrie Piscotty seems like the type who enjoys her privacy. Though needless to say she is her beau’s biggest fan, the blonde leads a low profile.