Jessica Beltran is the lovely wife of MLB player turned manager, Carlos Beltran -who has been named the new manager of the Mets.

Jessica’s husband played seven seasons with the team as part of his Hall of Fame resume. In his seven years with the Mets, he amassed five All-Star selections, and he’s seventh in wins above replacement in franchise history, per Baseball Reference.

The former All-Star outfielder, played for the Mets from 2005 to 2011 and was a five-time All-Star during his span, earning three Gold Gloves. He also played for Kansas City, Houston, San Francisco, St. Louis, Texas and the Yankees, collecting four more All-Star appearances.
Beltran, 42, has spent the last two seasons working with the New York Yankees as a special advisor to general manager Brian Cashman. This will be Beltran’s first managerial job in any capacity.

He’s been happily married to gorgeous Jessica Beltran for the last two decades. 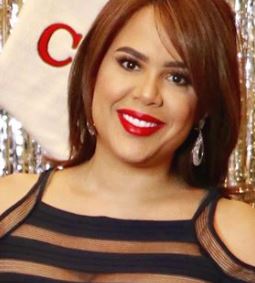 Jessica Beltran was born Jessica Lugo; the Puerto Rican stunner and Carlos Beltran dated for about 10 months prior to their November 1999 nuptials.

Since then, the couple has welcomed three children two daughters, including Ivana Beltran; and one son. In addition to being a busy mom, Jessica Beltran is also the co-founder of the Carlos Beltran Baseball Academy.

Jessica who is a life coach by profession, also runs her own website -where she offers different programs and personal growth workshops. Jessica Beltran obtained her life coach certification from IPEC- Institute for Professional Excellence of Coaching and the ICF-International Coaching Federation.