Bryce started dating Kayla Harper in 2012. They decided to make things solid and got engaged in 2014. But, the couple went through a rough patch in 2015. But, they reconciled a year later and got married in December 2016. The couple has two beautiful kids, a son, and a daughter, together.

Kayla Varner HArper is the lovely wife of the. professional baseball player, Bryce Harper. The two tied the knot in December 2016 after dating for a few years. Meet the MLB wag below. Also, check out other hot MLB WAGs popular with our readers. 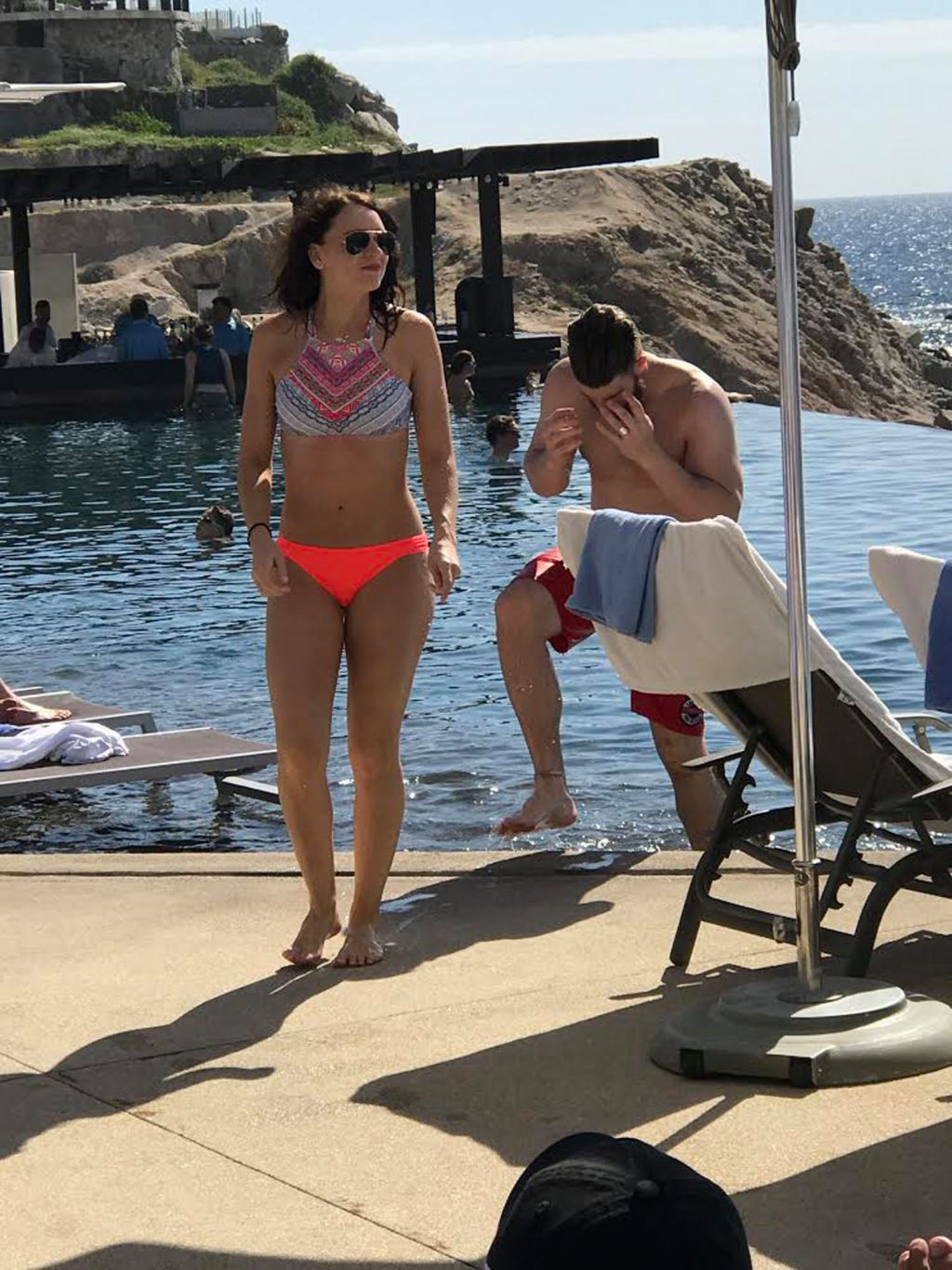 Kayla Varner is a former high school and college athlete. She played soccer while attending Ohio State and also while being a student at Green Valley high school and Brigham Young College.

In 2009 and 2011 she earned Nevada High School Player of the Year and also became the 2011 NSCAA Senior Excellence Award Winner.

She was also a nine-year member of Neusport Soccer Club where she was captain from 2005 until 2011. Also, the three-time Green Valley team captain tallied 111 career goals and is the Nevada high school all-time leader with 85 assists.

Her husband is currently a player with the Washington Nationals. Bryce is also a Nevada native who was born October 16, 1992. The outfielder played baseball at the College of Southern Nevada and became a top amateur prospect.

She studied a year of interior design at Brigham Young University and in 2015 she graduated with a degree in Strategic Communication from The Ohio State University. According to her LinkedIn, she has been employed by WeServe as a Community Outreach Coordinator since January 2016. She previously interned at Alliance for Haiti’s Children.

Being an athlete herself, Kayla supports and understands her husband even better. She has been an athlete during most of her education. She has played soccer in high school and college as well.

Harper’s last ailment was a sore left leg which he encountered in January 2021. He is fit now and playing any prospective games (as of August 2021 when we wrote this update). Show your support for Bryce with this signed ball right here.

While Bryce is religious, this does not mean he lacks aggression or passion on the pitch. This combination of his fights on the pitch is all the proof we need; (Click this link if the video doesn’t play due to Youtube age restrictions)

Kayla, the lovely brunette, was born on November 4, 1992. The Nevada native is the daughter of Sean and Liz Varner and also has two siblings, Markus and Mckay.

Born and brought up in Las Vegas, Bruce grew up with an elder sibling. His closest family includes-

Kayla and Bryce were blessed with a son in August 2019. They named him Krew Avon Harper and Bryce hit a home run in the first game after his son’s birth. The couple welcomed a daughter in November 2020. She was named Brooklyn Elizabeth Harper. Kayla Varner is a dog lover aside from reading, watching baseball, quoting movies, and shopping. She and her hubby own a dog named Wrigley.

Did Bryce Harper have a Mormon wedding

Bryce and his wife Kayla had their wedding ceremony over a weekend in a Mormon temple in a church. Both Bryce and Kayla are Mormons.

The two began dating in 2012 and tied the knot in December 2016 among family and friends at a Mormon temple in San Diego, California.

Kayla Varner and Bryce are high school sweethearts and dated for years before getting engaged in 2014. Their wedding was originally set for 2015 but they briefly called it off and was back on again for late 2016.

In 2016, after reconciliation with her ex-fiance, Kayla posted a picture of her engagement ring. The couple had re-engaged recently and Kayla showed off the ring to the world. The ring was customized with a funky hand symbol.

Inspired by Kayla Varner’s engagement ring and want to try it on but can’t afford the big price tag? Amazon has us covered with these gorgeous cheap replicas!

The newlywed is also very active on social media, where she has earned nearly 122K followers. You can follow her on Instagram using @kayy.harper. The MLB wag is also very supportive of her man and can be seen attending most of his games.

The Nationals chose the Philadelphia Phillies right fielder with the first overall pick in the 2010 Major League Baseball Draft. He was named 2015 National League MVP after hitting .330 with 42 home runs. The athlete got married in 2016 and has two kids.

With 1.7 million followers on Instagram, Bryce is very active on the platform. The verse Luke 1:37 appears in his bio like in every one of his autographs. Prominent career updates, as well as personal life, appear on his wall. Follow Bryce Harper using his handle @bryceharper3.

What is Bryce Harper’s Net Worth?

With the illustrious career he has made for himself, Bruce has accumulated an estimated $70 million for himself. He signed a 13-year contract with the Phillies which was worth $330 million. Multiple brand endorsements such as Blind Barber, Musclefarm, and ESPN.

Use the following handles to find you, Bryce and Kayla, on social media.