Ariana Aubert is the lovely MLB wag currently in a relationship with player, Julio Daniel Martinez better known as J.D. Martinez –an outfielder for the Red Sox.

Ariana’s MLB stud is one of six children born August 21, 1987; to parents Mayra and Julio. He has five sisters.

JD Martinez was a two-time All-SSC baseball player at Nova Southeastern University and is the first player from Nova Southeastern to play in the major leagues. He made his MLB debut with the Houston Astros in 2011. He then had his breakout season as a member of the Detroit Tigers in 2014. Earlier this year, he signed a 5-year deal with the Boston Red Sox.

Martinez has been able to count with the support of his gorgeous gal, Ariana Aubert –for a number of years now. The two have been in a relationship for at least five years. The two are high school sweethearts and met while attending Flanagan High School in Miami. 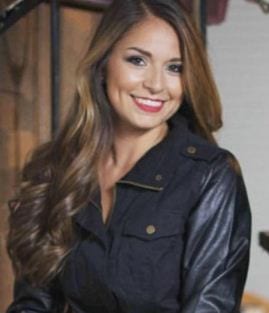 She attended Florida Atlantic University, where she studied communications and public relations. After putting the pompoms down, she took a job with the Dolphins as an event coordinator for the organization.

According to her LinkedIn, the brunette beauty currently lives in Fort Lauderdale and is listed as a “Med-Legal Marketing/Sales” for A1 Medical Imaging –where she has been working since November 2017. She previously worked for Red Bull and was a member of the Red Bull Wings Team.

Thoughts on the couple? Could they be married already?