Amanda Rendon is the proud wife of MLB player, Anthony Rendon -currently a third baseman for the Washington Nationals.

Amanda’s husband has been revealed to be a finalist for the NL Gold Glove at third base. Accordig to reports, Rendon finished this season with a .969 fld%, tied for fifth among qualified NL third basemen, +2 Defensive Runs Saved (DRS) which were the sixth-most in the National League, and a 2.0 Ultimate Zone Rating (UZR) which was fifth best in the so-called senior circuit.

Anthony Michael Rendon was born June 6, 1990; the Texas native competed in baseball, basketball, and track and field at Hodges Bend Middle School in Texas.
At Rice University, he won the **** Howser Trophy, given annually to the best collegiate baseball player.
Rendon was selected sixth overall in the 2011 Major League Baseball draft by the Nationals, making his big league debut in 2013 for the Nationals. He has played for the Nationals ever since.

In addition to being a talented player, Rendon -who is a Christian -is also known for keeping a low profile. That also goes for his wife, Amanda Rendon. 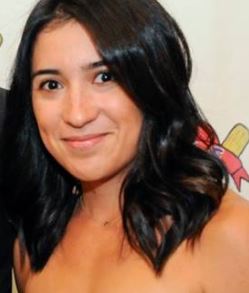 It seems they both put extra effort in keeping their private life, private and away from the public eye.
To achieve this, which let’s face it is not easy thanks to all the existing social platforms, the item stays away from all social media forms. In fact, if it wasn’t for the fact that he is a professional athlete, the world would probably never know of their existence.

Amanda Rodriguez and Anthony became husband and wife on November 25, 2017, at the Corinthian in Houston, Texas. The two welcomed their first child last year. Amanda Rendon gave birth to daughter, Emma Kate on July 25, 2018.
Though husband and wife shy away from media, they both keep active in charity events. Amanda Rendon has participated in activities with the Dream Foundations. She and hubby are also known to work as ambassadors for Baseball for Babies.