Andrea’s MLB star boyfriend is yet to popped the question, however the two are bound for life as they are proud parents of two children. Meet the lovely wag below.

The duo who started dating in 2014. Yasiel previously dated Nicole Chaves who gave birth to his first son Diego Alejandro in December 2013.

Andrea’s beau was born Yasiel Puig Valdés on December 7, 1990; the Cuban born player is the son of engineer parents. He began playing ball while in his native country, where he won a bronze medal at the 2008 World Baseball Classic. The Dodgers clearly saw his potential early, as they signed him to a 7-year contract worth $42 million in June 2012.

The outfielder recorded 27 hits in his first 15 major league games with the Los Angeles Dodgers in 2013, the second-most hits to start a career ever. He helped the Dodgers reach the World Series in 2017.

The 27-year-old is in a stable relationship with lovely baby mama, Andrea De La Torre. Andrea, who is of Mexican descent, is the proud mom of the couple’s two young sons, Daniel Sebastian Puig born in 2017 and Damian Yair Puig born in 2018. 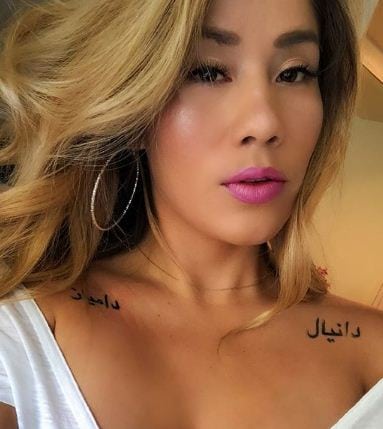 Andrea is best known for her association to Puig, however the brunette stunner has gained a decent following on social media, with over 20k followers as of this writing.

Though she keeps busy being a supportive wag and a mom of two young children, Andrea De La Torre finds time to attend most of her man’s games. She is one of the faces you will surely see at a Dodgers game. What is even better, is the she is always looking on point. Check out her photos below.