Who is this lovely woman who caught Kevin’s heart?

In this Article hide
Who is this lovely woman who caught Kevin’s heart?
1. Amanda Gulyas’s Career: She studied PR
2. She has considerable experience in her chosen field
3. No longer Miss Gulyas, she proudly now goes by Mrs Amanda Pillar
4. She is a mom
5. She enjoys her privacy

Amanda Gulyas is the lovely wife of professional baseball player, Kevin Pillar -currently an outfielder for the New York Mets.

Amanda’s pro athlete hubby didn’t have a good day at work to say the least. The 32-year-old was placed on the injured list recently after he suffered multiple nasal fractures while on the field, this after he stopped a 95mph pitch with his face during a game against the Braves. Want to see the damage? Then make sure to checkout the video below.

Born Kevin Andrew Pillar on Jan. 4, 1989. He grew up in the residential L.A. neighborhood of West Hills in the western San Fernando Valley region. As a young kid, Kevin was definitely interested in sports and tried quite a few including riding dirt bikes, golf, tennis and beach volleyball. In college, his 54-game hitting streak set a NCAA Division II record.

He’s been a happily married man for a few years now, meet his lovely wife in her top facts. 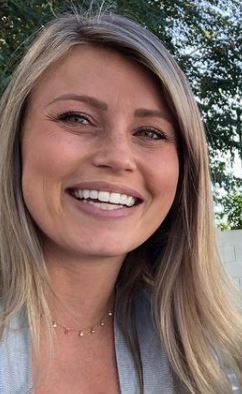 Amanda Gulyas attended California State University Dominguez Hills, she holds a Bachelor of Arts (B.A.), Public Relations, Advertising, and Applied Communication. It is believed that Amanda and Kevin met as college students since they both attended the same school.

2. She has considerable experience in her chosen field

According to her LinkedIn, Amanda is listed as a TV & Film Coordinator at Davie Brown Entertainment, where she’s worked since 2012.
She previously worked for ZICO Beverages, LLC and for Brown + Dutch Public Relations.

It is not exactly clear when the couple began dating, however Amanda Gulyas became Mrs. Pillar on October 18, 2014. Now that she goes by Amanda Pillar, it needs to be said that this Amanda shouldn’t be mixed up by an Aussie author with the same name.

Since their nuptials almost seven years ago, Amanda Pillar and her famous husband have expanded the family and welcomed two children. They are the parents of a toddler daughter and a baby son, Kobie and Jett.

Even though she is married to a popular MLB player, Amanda Pillar likes to keep it simple and leaves the spotlight to her man. And even though they make public appearances together, she even keeps her social media profiles set on private.