Laura Cover is the stunning and supportive wife of former MLB player, Aaron Boone. The two have been married for years and are the parents of four children. Her hubby is currently looking to become the manager of the Yankees.

Laura’s hubby was born Aaron John Boone March 9, 1973. The California native comes from an MLB playing family. His father is Robert Raymond Boone, a former catcher and manager in Major League Baseball who was a four-time All-Star.

He is known for hitting the home run that won the 2003 ALCS for the New York Yankees against the Boston Red Sox. He retired in 2010, and since has been employed by ESPN as a game analyst and color commentator. He is also a contributor for Baseball tonight. 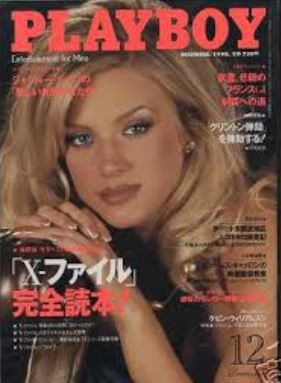 Since becoming the wife of Aaron Boone in 2002, Laura Cover went from being a model and Playboy Playmate to becoming a member of the prominent Boone baseball family.

Laura Lee Cover was born May 6, 1977 in Bucyrus, Ohio under a Christina background. By her early 20’s she was living in Newport Beach, California –where modeling offers came left and right. When asked how she end up doing Playboy, she said

I just walked into the studio, which I’m told is kind of unusual. I don’t have modeling experience. I didn’t have any nude stuff, and I didn’t want to go get some from Joe Photographer. I went to the Playboy studio by myself one day. They have an open call and you have a Polaroid taken.

While growing up Laura did gymnastics and played soccer but after her high school graduation she became a little more feminine.

Laura has also been active in charity work. For years she’s been involved in a breast cancer foundation and the Christian Children’s Fund. The MLB wag is also the mother of the couple’s two children, son Brandon Boone and daughter, Bella Boone. Laura and Aaron are also the parents of two adopted children.