Brooke Register is the gorgeous girlfriend of MLB player, Tyler Glasnow -a pitcher currently playing with the Tampa Bay Rays. He previously played in MLB for the Pittsburgh Pirates.

Brooke’s MLB stud boyfriend was born Tyler Allen Glasnow on August 23, 1993; California had committed to play college baseball at the University of Portland but instead signed with the Pittsburgh Pirates after he was selected in the 2011 MLB draft.

Tyler has an elder brother named Ted. Glasnow was traded to the Tampa bay rays in 2018. He was named “American League Pitcher of the Month” in April before straining his arms.

Glasnow signed with the Pirates for a $600,000 signing bonus. He made his professional debut in 2012 for the Gulf Coast Pirates of the Rookie-level Gulf Coast League 2012. 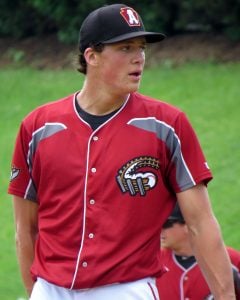 What is Tyler Glasnow Height?

Tyler is 6 feet 8 inches tall. He has a good physique due to his athletic career.

What is Tyler Glasnow Net Worth?

His net worth is estimated to be 3 million dollars.

What is Tyler Glasnow Age?

Tyler Glasnow is 27 years old. He sure has achieved a lot at that age.

Before we dive into the facts, here are a few details about the model.

What is Brooke Register’s  Age?

Brooke is 23 years old as of today.

Brooke’s net worth is not publicly known.

Glasnow aka Mini Horse, has been in a relationship with beautiful girlfriend Brooke Register for at least five years. Want to know more about her? Check out her top facts below.

1. She hails from Florida

Brooke was born originally in Florida where she was raised and attended Oviedo High School. As a student in high school, she was a member of the school’s soccer team.

She later attended the University of Central Florida. She calls herself on social media ‘Floridian in NYC’

2. She is a legit fashion model 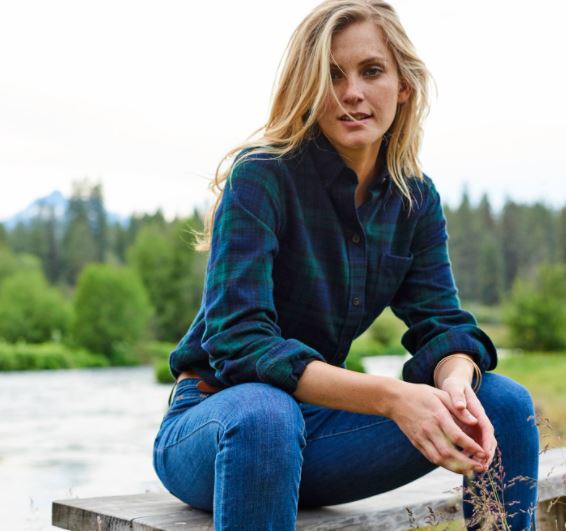 Brooke Register is a fashion model and we don’t mean the IG model type. The leggy stunner is currently represented by New York Model Management. She was previously signed to Elite Model Agency and Major Models New York.

She was signed by Storm Models and moved to England when she was just 19 years old. After a couple of years in London, she moved to New York City.

In August 2015, she appeared on the cover of Shape Magazine in Europe. As a supportive boyfriend, Glasnow tweeted at the time

“My girlfriend proving once again why She’s way out of my league. Congrats on the shape cover,”

In 2017, Brooke Register made it to the cover of Maxi Germany and has also appeared in L.L. Bean photo shoots.

3. She was discovered at a mall

Brooke never thought of modeling until she met modeling agent Ward Cottrell at the local mall. At first, she was skeptical, but she did her homework and discovered that he was a real model scout.

During an interview she revealed

“At first, I was embarrassed by the thought of modeling,” “I was more of a tomboy who wanted to play professional soccer, and I knew nothing about modeling whatsoever. The next thing I knew, I was commuting between Orlando and Miami most weekends for photo shoots.”

Eventually, she moved to Miami Beach full-time to model.

4. She’s been an MLB Wag for years 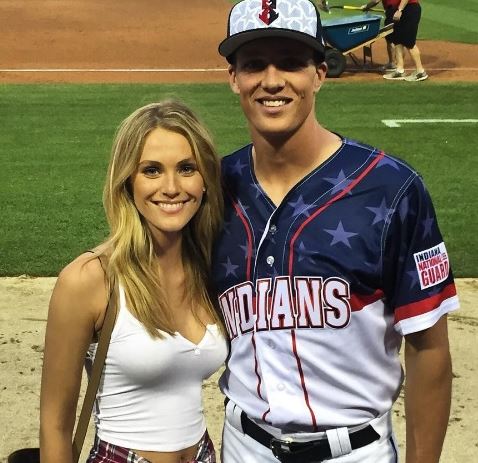 Brooke and her famous MLB player boyfriend have been an item for years. The couple was first linked together in 2015. This means the two have known each other for over five years.

She’s also been pictured a number of times attending MLB games and cheering for her man.

5. She enjoys a private life

Though she’s accustomed to the lens, the blonde, blue-eyed model is mindful of her personal life. The model keeps an IG account with over 11k followers, however, she keeps her social media private and doesn’t share much about her relationship with her professional athlete boyfriend. You can check out brooke register Instagram for more hot pictures of the model.

The same goes for Glasnow who doesn’t keep active on social media. The current status of their relationship isn’t clear.

The list of Tampa Bay’s Hottest Wives and Girlfriends is **** impressive, check it out here