Erin’s PGA husband who has been a pro since 1997, was busted as part of a prostitution ring last December. However, the 44-year-old seems to have started the year on a high note. In January, the golfer won his first Korn Ferry Tour event in nearly a decade at The Bahamas Great Exuma Classic. And the good news keep on coming for Gainey who is said to have avoided jail after cutting a deal with prosecutors.
Gainey faced a first-degree misdemeanor solicitation charge after being arrested for soliciting a prostitute.

Born Tommy Dale Gainey on August 13, 1975; he joined the PGA Tour in 2008. He gained popularity among fans for wearing gloves on both hands. He also was a notable character on Golf Channel’s “Big Break” in 2005.
Gainey competed in five PGA events last season, missing three cuts with his best finish a T-39 at the Barbasol Championship. He also played eight events on last season’s Korn Ferry Tour, making three cuts with no top-10s. He has one career PGA Tour win at the McGladrey Classic in October 2012. 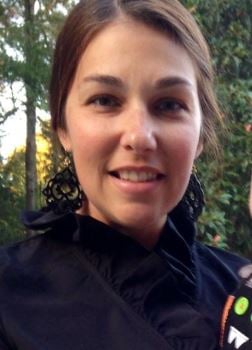 Tommy Gainey lives in Hartsfield, South Carolina, with his wife -Erin Joiner. He dedicated his latest win to his family saying “My wife, I love her to death,” “Her and the boys mean everything.”
Erin Joiner is also the mother of the couple’s two children aged 11 and 5. It seems the PGA wag and mother of two has also allowed him his indiscretion. The couple has been married since 2010. At the time they had been dating for about two years.

Erin Joiner who fully embraced her role as the wife of an athlete, served as Vice-President of the PGA Tour Wives Association. According to her social media, she is originally from Sandersville, Georgia.
Erin Joiner went to Washington County High School and later studied at Georgia College & State University. She is a former Social Worker at Georgia Department of Family and Children Services and is currently listed as working for TwoGlovesGolf.