Justine Reed is the lovely wife of professional golfer, Patrick Reed –married for a few years the two have known each other for a while and make for the most interesting story, get to know it below.

Justine’s hubby finished his collegiate career at Augusta State University –as a two-time All-American before turning professional in 2011. Nowadays, the 27-year-old has five PGA Tour Wins under his belt and just a few days ago, he became the champ at this year’s Masters.

But behind every great player, there’s always a great supports system behind him. For Patrick Reed that would be without a doubt, Justine Reed. 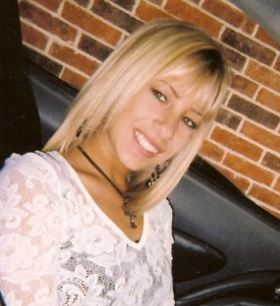 Justine is a Texas native who was born December 19th, as Justine Karain; she is one of four children born to Janet Kessler Karain. The pretty blonde is a registered nurse but following their 2012 nuptials she became her husband’s caddie. The two are impossible to miss. The two embodied the phrase ‘team work.’

Justine Reed is no stranger to the sport, while attending high school she took up golf recreationally while also playing soccer and swimming. Following her graduation from Klein Forest High School, she attended Louisiana State University and Our Lady of the Lake College in Baton Rouge, LA. Justine Reed holds two Bachelor’s degrees, one in Nursing and the other in Health Service Administration.

She began dating Patrick around 2010 after meeting at Augusta State University and by the time Patrick began competing in PGA, the couple were already engaged. According to Fabwags.com Patrick proposed in early 2012 the night the couple’s beloved LSU football team was playing in the national title game.

They were married on December 21, 2012. Since then, the couple has welcomed two children together; daughter Windsor-Wells was born in 2014 and a son, Barret Benjamin, was born last December. Since becoming a mother, Justine Reed gave up her caddie duties. Also in 2014 the couple had a major health scare after Justine suffered a seizure. Her husband’s quick response saved her life.