You are here: Home / GOLF / Everything you need to know about Tiger Woods’ Girlfriend Erica Herman

For all the golf lovers and Tiger Woods fans’ by now, you probably heard the 43-year-old did the unthinkable winning his fifth green jacket 14-years after his last win. This is Tiger’s fifth Masters win.

Now many are crediting his lovely girlfriend, Erica Herman of his comeback. So who is the lovely lady, here is everything you need to know.

The petite brunette and the golfing champion have been dating for the last 18-months. The steady relationship is certainly a big change for Woods who has been dogged by scandal after he reportedly slept with around 120 women during his marriage to Elin Nordegren. But his personal life wasn’t the only mess, Woods also made headlines for having five different drug types in his system and falling asleep at the wheel.

Erica, a 33-year-old Florida native –has a background in the hospitality trade. She worked as a general manager at Tiger’s pop-up restaurant The Woods Jupiter, for several months in 2017. It is believed that’s how the couple met and began their romance. They made their romance official in October of 2017. 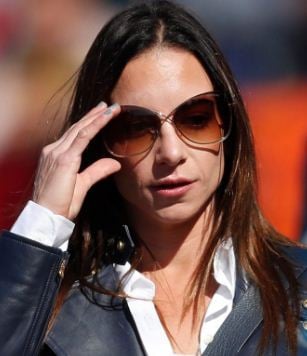 Since then, she’s been photographed with Woods and his two children Sam and Charlie –in a Bahamas family trip. The duo has also been seen together on dates. They also attended the Wimbledon tournament last summer to watch Serena Williams and the World Series game last October.

However, she’s also been there for Woods in the not so good times. Just days after making their relationship public, Erica was seen next to him in court in Palm Beach Gardens, Florida –where Woods pleaded guilty to reckless driving.

Reports say Erica Herman stopped working at The Woods in February 2018 –which seems fit since she has been attending all of his major playing events like some sort of good luck charm. Erica remains a bit of a mystery, the petite gal is not on social media and doesn’t give interviews.

Rumors about Erica Herman include that she is a big ‘party girl’ within her inner circle. Radar Online also reported that she chased Tiger and hoped to date him for at least a decade. At least we can that when she sets her mind on something…