Elin Nordegren, whilst being an extremely accomplished person and professional in her own right, is often more well known as the former wife of lauded and controversial pro golfer, Tiger Woods.

The ex’s once had a normal life as men and wife however due to Wood’s numerous indiscretions, their marriage ended in divorce. It has been widely reported that Tiger Woods allegedly slept around with approximately 120 women during his marriage to Elin Nordegren.
But his personal life wasn’t the only mess, Woods also made headlines for having five different drug types in his system and falling asleep at the wheel.
More recently, Tiger who had a surprising recovery, winning his fifth green jacket in 2019, suffered a car crash in which he had extensive injuries to his right foot.

In this Article hide
Key Facts about Elin Mariah Pernilla Nordegren
She met Woods working as a nanny
Her divorce made headlines
She is a millionaire and has her own career
Her mother is a Swedish politician, Barbro Holmberg
She is currently in another relationship with a former NFL Player

Let’s get to know the woman who used to be his wife, Elin Nordegren. 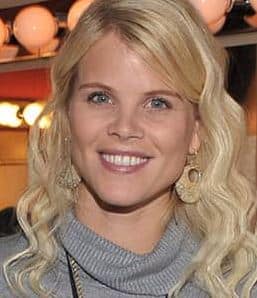 Elin Nordegren met the professional golfer during the 2001 Open Championship. The couple were introduced by Swedish golfer Jesper Parnevik. Elin worked as a nanny for Parnevik’s family.
They began dating and were married three years later on October 5, 2004.

Tiger and Elin’s marriage ended in 2010. Months before the split, Tiger “lost control of his SUV” near his home in Florida, while pulling out of his driveway at 2:25 AM, according to ESPN. The car hit a fire hydrant and a tree in a neighbor’s yard. To rescue Tiger from the car, Elin used a golf club to smash the windows.

The night of the crash, Elin had supposedly gone through Tiger’s phone and confirmed that he had a longtime mistress named Rachel Uchitel. It turned out that Tiger had taken a mixture of painkillers and sleeping pills prior to the car accident.

The incident sparked a wave of women coming forward to say that they’d had affairs with the golf player. As a result, Elin received $100 million in the divorce settlement.

Elin briefly worked as a model and as a nanny, mainly to help finance her studies at Lund University. She graduated from Rollins College in Winter Park, Florida, with a degree in psychology.
Elin is also a career woman who works as a registered mental health counselor. She received her Registered Mental Health Counselor license in 2018.

Elin Nordegren was born Elin Maria Pernilla Nordegren on January 1, 1980, in Stockholm, Sweden. Her mother is Barbro Holmberg, a politician, and former Swedish migration and asylum policy minister (as well as the former Governor of Gävleborg County.) Her father, Thomas Nordegren, worked as a radio journalist and as bureau chief in Washington, D.C.

During her marriage to Tiger Woods, the couple welcomed two children, Sam and Charlie. She and her new partner, former NFL player Jordan Cameron, welcomed a son, Arthur Nordegren Cameron in 2019.